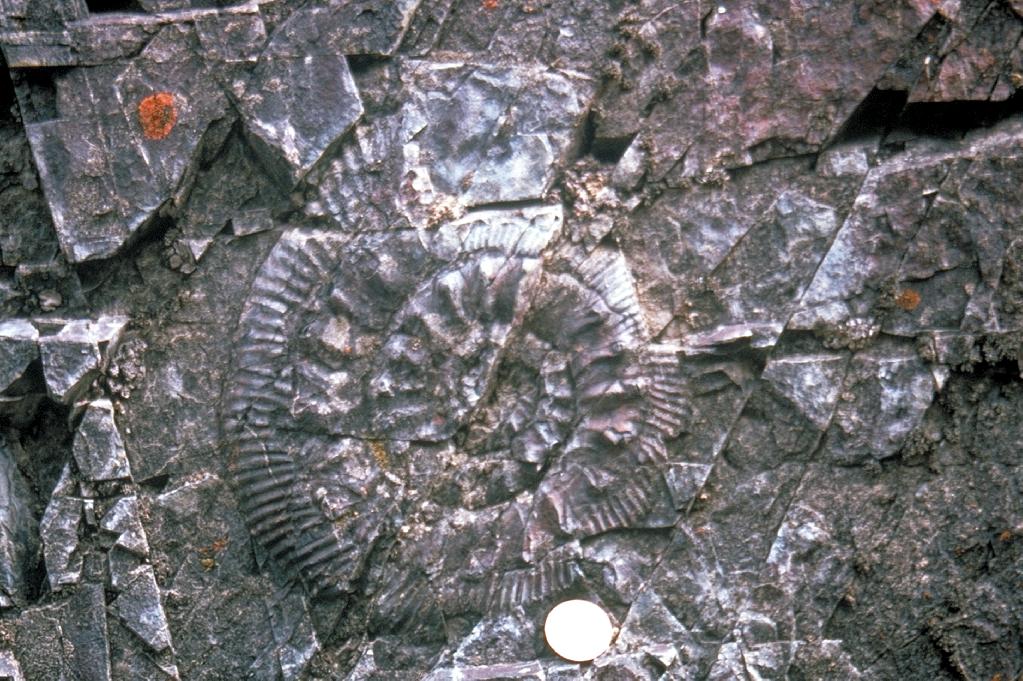 In this unit, your students will study fossils. Fossils are any evidence of past plant or animal life contained in sediment or a sedimentary rock, from bones, shells or teeth to imprints of a dinosaur’s foot. Students will see that to hold a fossil is to hold millions of years of history in their hands. For example, the ridges, bumps, and curves of a fossilized clam are the same ridges, bumps, and curves that existed as it filtered water from the sea long ago. Students will also see that studying fossils gives clues about the Earth’s past: its climate, natural disasters, and changing landforms and oceans.

Through fossils, scientists have learned that the Earth has been inhabited by living things since very early in its four-and-a-half-billion-year history. For most of that time, however, up until about six hundred million years ago, organisms were small primitive cyanobacteria (blue-green algae) that lived in the oceans. Around that time, evolution began to speed up. By about 500 million years ago the oceans were teeming with larger marine invertebrates (lacking a backbone or spinal column) such as mollusks, brachiopods, bryozoans, and echinoderms.

The fossil record of early life is very scanty. Fossils become much easier to find, in the right kinds of sedimentary rocks, after the great, explosive development of shelled invertebrates. Eventually, both plants and animals invaded the land, which is not as hospitable to life as the oceans. Life both on land and in the sea has had its ups and downs in the past half billion years. There have been several major episodes during which large percentages of all life forms on Earth became extinct. The cause (or causes) of these mass extinctions is not yet entirely clear. After each, however, the surviving life forms evolved into new living things that populated both the oceans and land.

For most organisms, fossilization is very event. Most places where organisms live and die, whether in air or underwater, have a good deal of oxygen. Oxygen and water lead to decay. In this process the organic material that makes up the tissues of the dead organism is changed back mostly to carbon dioxide and water. Only when an organism is quickly buried by sediment and sealed off from any oxygen can it escape decay and become fossilized. This happens as the sediment is slowly transformed into sedimentary rock. The picture is better, of course, with animals with hard skeletal materials.

What are Children Likely to Know?

Some of your students will have definite ideas about fossils, perhaps recognizing them as organisms that have “turned to stone.” Some students might have visited museums and other centers where fossils are on display. Others may connect fossils with ideas from television or the movies. Most of your students will not yet have developed a formal scientific conception of what a fossil is. They are more likely to equate fossils with the bones of animals than with plants or with the burrows, tracks, molds, and casts of invertebrates. Students will also have a variety of nonscientific ideas about how fossils form. They generally know that decay is involved and may equate fossilization with “hardening” of the organism, yet many do not understand how burial and sediment size affect fossilization. Also, students may not understand that fossils reveal evidence of earlier life and of extinct animals and plants. Some might think that dinosaurs and humans coexisted. As with many adults, the concept of time passing over millions of years is very hard to imagine. Your students are likely to need a good deal of help in appreciating the scale of geologic time.

Finding Out What Your Students Already Know about Fossils

Knowing what ideas children already have about a science topic is critical to providing appropriate learning situations. Time spent revealing the ideas they have is a good investment. Quite apart from alerting you, the teacher, to their current understanding of fossils, it also gets them going--focusing them on what they will be doing. It gives students a stake in the learning enterprise; "This is the bit I have to offer." Finally, it fixes a benchmark for each student against which he or she can make later comparisons, which allows him or her to see how understanding has progressed.

Here are some questions about fossils that can be used to get your students thinking. You can have them write or draw answers, share and discuss them with a partner, and then repeat the process with another pair, forming a group of four:

When groups have discussed these questions, have them report their ideas to everyone. You can write up these ideas on the marker-board, overhead, or flipchart for later reference.

Each of the investigations that follow is led by an investigative question. It is important that students come to realize that scientists try to find out about the world by asking questions, predicting likely answers and conducting tests to see if their ideas are correct or not.

This unit includes activities adapted from the following sources:

What is a Fossil?

What Can Fossil Footprints Tell Us?