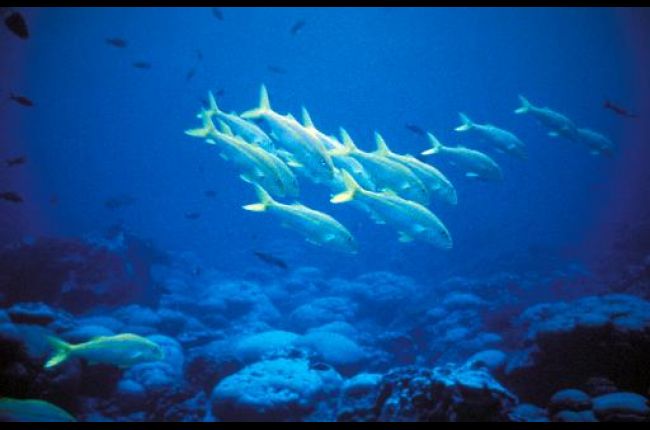 Living organisms are adapted to their environment. This means that the way they look, the way they behave, how they are built, or their way of life makes them suited to survive and reproduce in their habitats. For example, giraffes have very long necks so that they can eat tall vegetation, which other animals cannot reach. The eyes of cats are like slits. That makes it possible for the cat's eyes to adjust to both bright light, when the slits are narrow, and to very dim light, when the slits are wide open.

Behavior is also an important adaptation. Animals inherit many kinds of adaptive behavior. In southern Africa there are small animals called meerkats, which live in large colonies. The meerkats take turns standing on their hind legs, looking up at the sky to spot birds of prey. Meanwhile, the meerkats in the rest of the colony go about their lives. You can probably think of many other features of body or behavior that help animals to lead a successful life.

In biology, an ecological niche refers to the overall role of a species in its environment. Most environments have many niches. If a niche is "empty" (no organisms are occupying it), new species are likely to evolve to occupy it. This happens by the process of natural selection. By natural selection, the nature of the species gradually changes to become adapted to the niche. If a species becomes very well adapted to its environment, and if the environment does not change, species can exist for a very long time before they become extinct.

An excellent example of an animal evolving to fill a niche is seen in the evolution of horses. Many fossils of different kinds of horses have been discovered, and paleontologists think that the earliest ancestor of the modern horse lived in North America more than 50 million years ago. This animal was a small padded-foot forest animal about the size of a dog. If you saw one next to a modern horse, you might not even think the two were related! As time passed, the climate of North America became drier, and the vast forests started to shrink. Grasses were evolving, and the amount grassland was increasing. Horses adapted to fill this new grassland niche. They grew taller, and their legs and feet became better adapted to sprinting in the open grasslands. Their eyes also adapted to be further back on their heads to help them to see more of the area around them. Each of these adaptations helped the evolving grassland horses to avoid predators. Their teeth also changed to be better adapted to grinding tough grassland vegetation.

Have you ever wondered what purpose the "dew" claw on the inside of a dog's paw serves? The claw is the dog's thumb. Because a dog runs on the balls of its feet and four digits, the claw no longer serves a purpose. Organs or parts of the body that no longer serve a function are called vestigial structures. They provide evidence that the species is still changing. Even humans have vestigial structures. The human appendix is one such example. It used to store microbes that helped to digest plant matter, but it is no longer needed in the human.