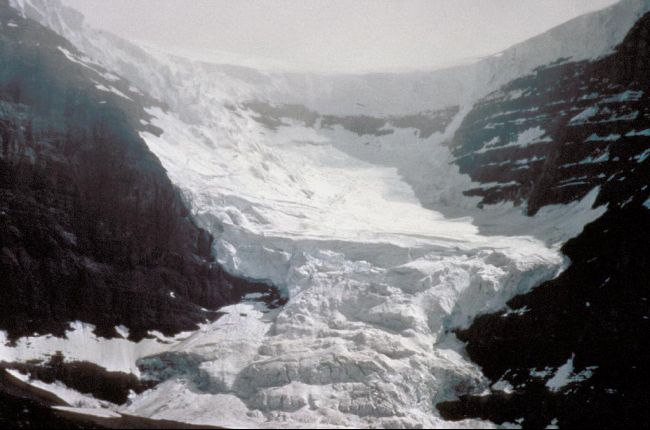 Glaciers are sheets of solidly packed ice and snow that cover large areas of land. They are formed in areas where the general temperature is usually below freezing. This can be near the North and South poles, and also on very high ground, such as large mountains. Snow upon snow on the land becomes compacted and turns into ice. Think about when you make a snowball. You gather fluffy snow in your hands and then press it together. The heat and pressure from your hands make some of the snow melt. When you take a hand away, the liquid water freezes again. The fluffy snow has been compacted into a hard snowball.

Glaciers are formed in a similar way, but on a much larger scale. Sunlight melts some of the snow. Then it freezes during the night, or if the temperature drops. More snow falls onto the surface. Eventually, the weight of snow layers upon snow layers, and the melting and freezing, turns the layers into solid ice. If this ice forms at a high elevation, it starts to slowly slip downhill as an ice “river.” It is called a glacier. On flat land this ice is called an ice cap.

Ice can change the surface of the land. When you look around you, you may not see snow or ice that lasts all year long. That’s what it takes to make a glacier. More snow must fall in a region in winter than melts in summer. When this happens, the amount of snow builds up over time. It’s a lot like money in the bank. If you put more in than you take out, your bank account will grow. Glaciers work the same way. When enough snow builds up in an area, the snow on the bottom becomes compacted by the weight above, changing it into ice. You may have simulated this when making an iceball out of snow or crushed ice.

What’s amazing about ice is that it can flow. This means that ice in glaciers can move from one place to another. It’s not easy to comprehend how a solid can actually flow. Think about candy licorice. It’s a solid, but if you pull on both ends, it can be stretched, right? The force applied by your hands can make solid licorice flow. In glaciers, the force applied to ice by the weight of all the ice and snow above it can make it flow. As snow piles up, glacial ice flows sideways and downhill, making the glacier cover larger and larger areas over time. The growth of glaciers continues so long as there is more snow being added to the glacier than removed or melted away.

Maple syrup is a useful way to model of the way the piling up of ice makes it flow. Pour a single small drop of syrup onto a flat plate, and it will just sit there. Try the experiment again, but this time keep pouring out the syrup, and you will find that the weight of the “pile” makes the syrup flow away from the center. Glacial ice does the same thing - it flows under its own weight. Glacial ice can also flow downhill by the force of gravity. Try the syrup test again. Place a small drop on a plate, and nothing happens. But then tilt the plate at an angle, and the drop of syrup will begin to flow downhill under the force of gravity. 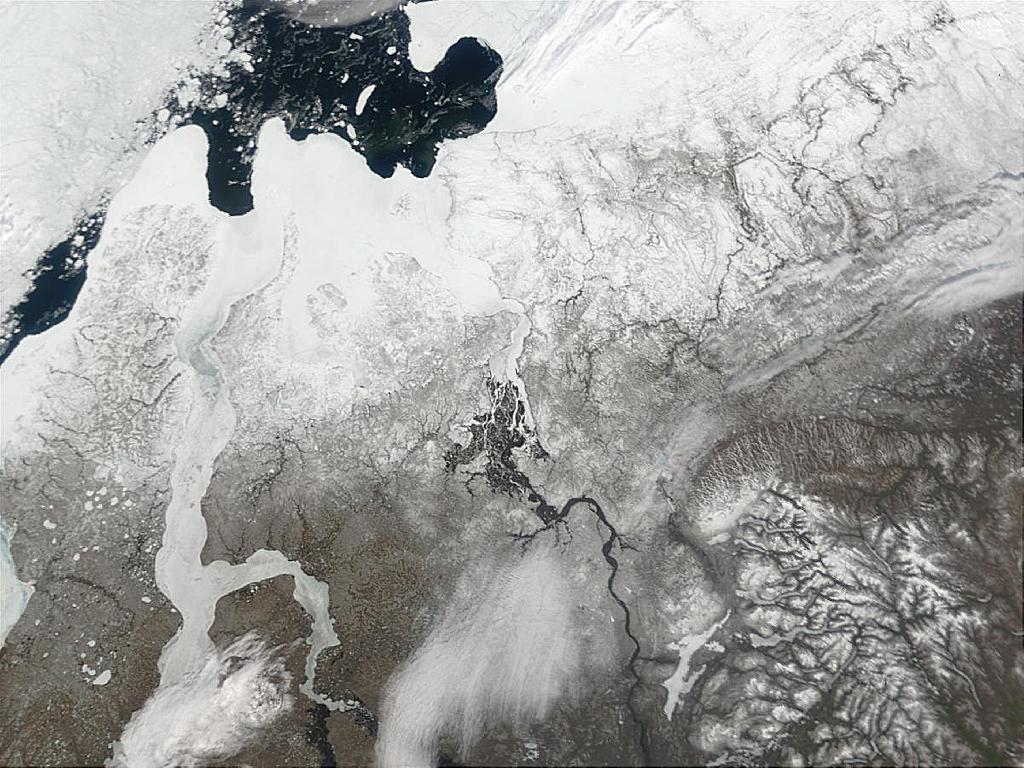 All glaciers are not the same. There are two major types of glaciers. One type, called continental glaciers (or ice sheets) is more like the pile of syrup on the flat plate. They form in polar climates by the build up of vast amounts of snow in a region over time. The Antarctic and Greenland Ice sheets are two current examples of continental glaciers. Valley glaciers are more like the drop of syrup that flows down a sloping plate. They form in areas of high elevation, where snowfall is high and the weather is cold most of the year. Valley glaciers tend to be long and small compared to ice sheets, which are large. The higher elevation region of valley glacier receives more snow than melts. The bottom or downhill end of valley glaciers is just the opposite - there is more melting than adding going on. Overall, if there is more snow being added than is being melted, on either a continental or valley glacier, the glacier will advance or grow.

It may be difficult to imagine, but the Earth’s climate has changed greatly over time. The Earth has gone through many cycles of warmer and colder average temperatures. Although the overall change in average global temperature may be as little as several degrees C, this is enough to change the amount of snow that falls or melts in a given region in a year. Suppose for example that the Earth goes through a cooling cycle for several thousand years. More snow falls than melts, and glaciers grow over time. In the past one million years, glaciers have advanced and retreated great distances (thousands of kilometers) at least four times. The last advance was enough to cover vast portions of the northern United States with a thick continental glacier.

What is chemical weathering?

What are the biological processes of weathering?

What is river and stream erosion?

What is shoreline erosion?

How do you deal with shoreline erosion?