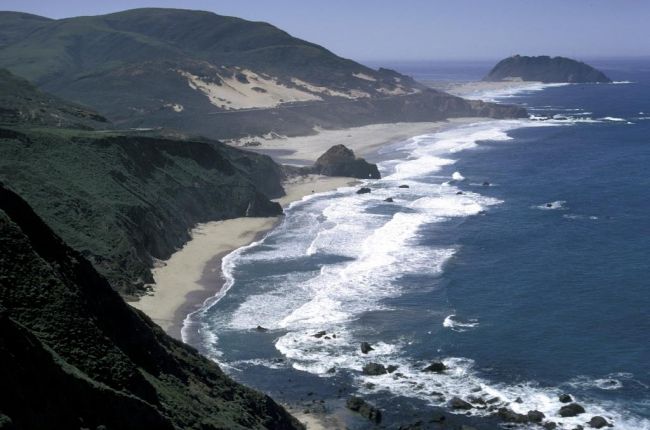 Erosion always has been, and still is, a natural part of the rock cycle. The landforms that you can see along any coastline have evolved naturally over millions of years.

The accumulation of sediment along a coast produces depositional landforms. A beach consists of sand, gravel, or crushed seashells that have been brought to the body of water by rivers and streams, carried by waves, and deposited on the coast. 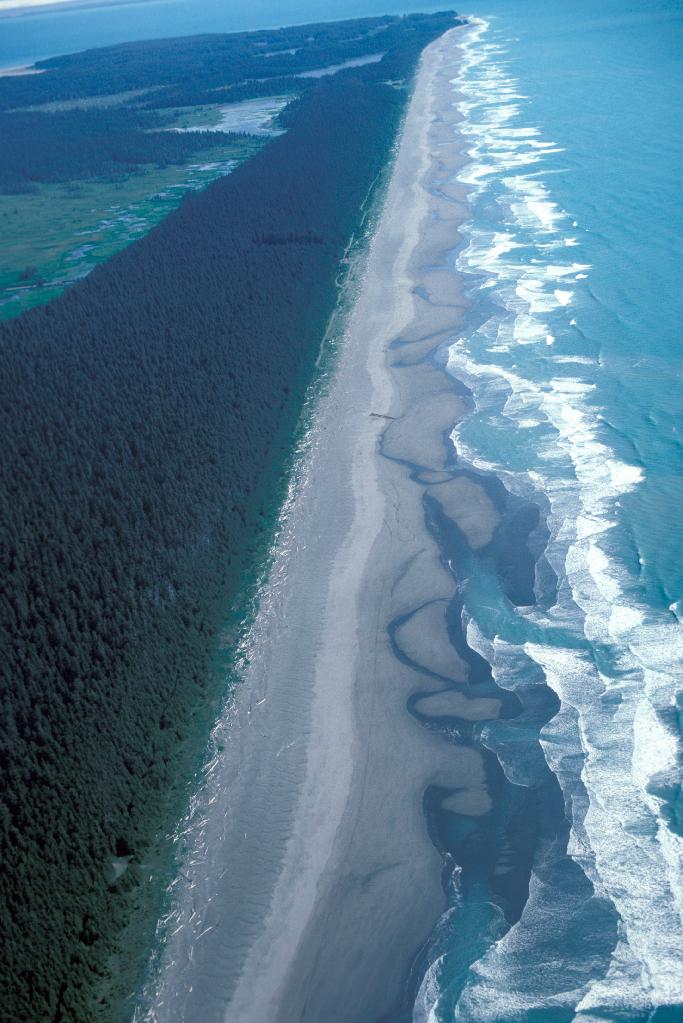 Beach formation begins as eroded continental material--sand, gravel, and cobble fragments--is washed to sea by streams and rivers. Two processes result in the deposition of this sediment on the shore. Most sediment is suspended in sea water and transported along the coast by the longshore current, a stream of water flowing parallel to the beach that is created by the action of waves breaking at an angle to shore. In the second process, sand deposited onshore by the longshore current is then oscillated by waves breaking onto and receding from the beach. This continual onshore-offshore movement gradually pushes the sand along the beach edge. If wave movements were identical in speed and duration, the sediments would not be left behind on shore and beaches could not form. 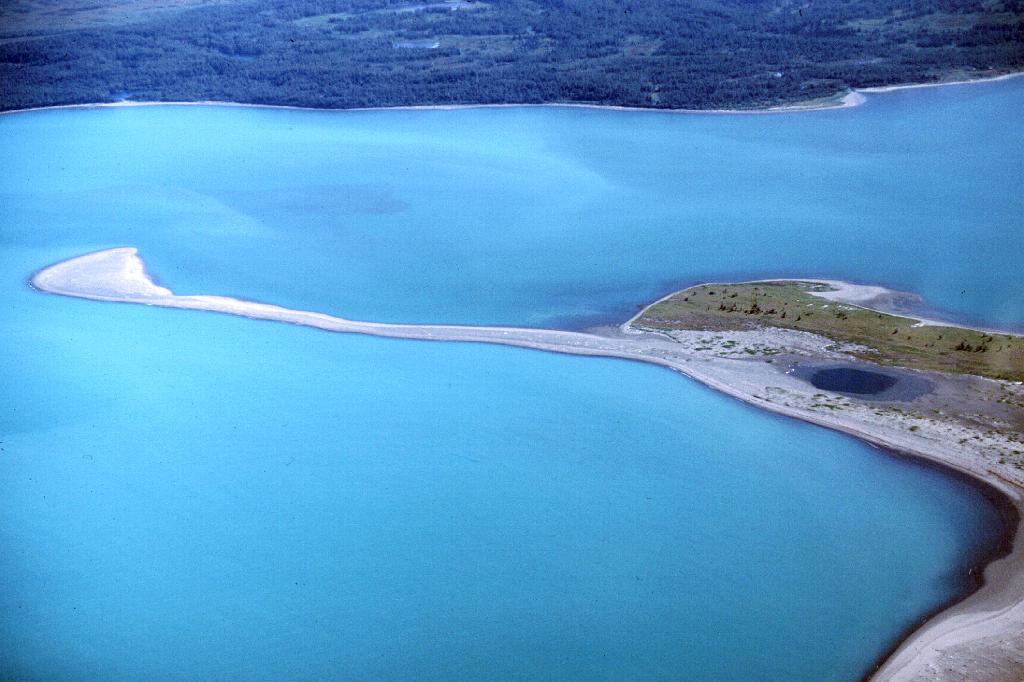 Beaches are dynamic landforms. They are altered by wind and waves in a continual process of creation and erosion. Seasonal cycles of sand deposition and loss dramatically affect the appearance of beaches from summer to winter. Wide and gently sloping in summer, they become steep-fronted and narrow in winter, and can vanish overnight, stripped of sand by violent storm waves. Most of the sand removed from winter beaches is deposited in offshore sandbars and is returned to the beach during the mild summer months by gentle swells that push the sand to the exposed shore. River sediments are the source of 80 to 90 per cent of beach sand; some beaches are built to great widths by sediments washed to the sea by episodic floods, gradually eroding until the next major flood replenishes the sand.

Coastlines are constantly changing due to the action of waves, currents, and tides. Landslides and cliff retreat are part of the natural process of coastal erosion along the shore. Waves that undercut bluffs often initiate landslides. Lake Erie, Ohio is an excellent example. The eastern side of the Lake Erie shoreline in Ohio is made of unconsolidated glacial sediments. These deposits (glacial till and lake clays and silts) are prone to wave erosion at the base of the bluff. This erosion is greater when the lake level is high during large storms. The constant removal of sediment at the base of the bluff by waves prevents the slope from stabilizing. Many lakeshore homes, roads, and other structures have been destroyed in these areas, where the rate of bluff retreat approaches 7 feet per year. 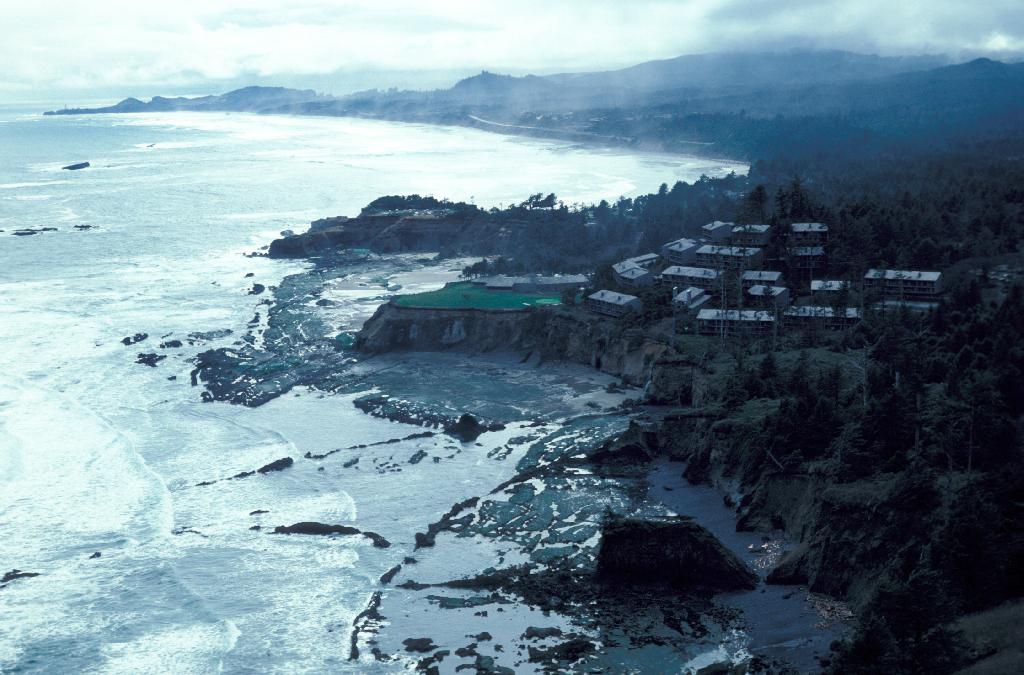 A great variety of depositional and erosional landforms can develop along shorelines. A major control on the appearance of the shoreline is kind of rock acted upon by water and wind. Volcanic rock cliffs are usually steep. Granite normally erodes into rounded domes, while limestone may form nearly vertical cliffs. The type of material at the shoreline has a significant effect on the rate of erosion.

Techniques that try to prevent beach erosion revolve around methods to limit the removal of sediment along specific areas of the coast or involve adding material to areas undergoing erosion. Examples include jetties, groins, and breakwaters. Jetties and groins are artificial structures built perpendicular to the shoreline to prevent longshore drift. Breakwaters are artificial structures built parallel to the shoreline in order to protect the shore from wave action. Unfortunately, nearly all these methods have shortcomings.