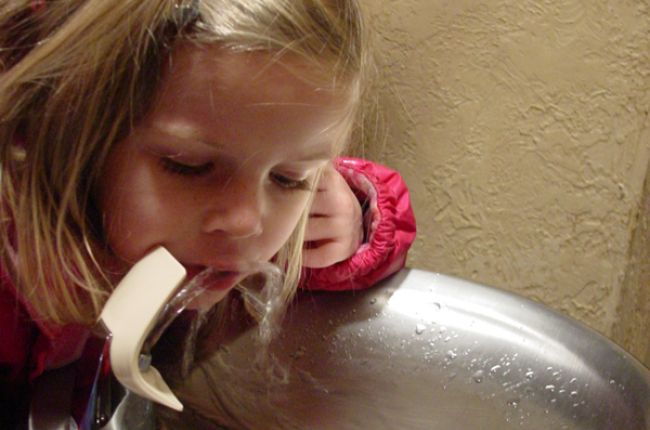 Some sources of drinking water are of such high quality that not much treatment is needed. Usually adding small amounts of chlorine is sufficient to kill any harmful bacteria or other microorganisms. Other water sources, especially large rivers, have higher levels of pollution. Such sources require more to bring the water up to the needed level of quality. River water usually contains fine sediment particles in suspension. The water can be passed through filtration materials, like sand, to remove the fine sediment. Filtering the water also tends to remove bacteria. Another way of removing the fine sediment is to let the water sit in large basins while the sediment slowly settles to the bottom. Sometimes this settling process is speeded up by adding certain chemicals that cause the fine sediment particles to clump together into larger particles. The larger particles settle faster than the original fine particles.

One problem in any system for water treatment is the difficulty of removing dissolved salts. All natural waters contain some dissolved substances, like sodium, calcium, magnesium, and iron. When the concentrations are too high, however, the water may taste salty. Calcium and magnesium make the water “hard,” which makes washing with soap or detergents more difficult. Salt can be removed from water by various processes in what are called desalination plants. Drinking water produced by desalination is considerably more expensive than natural fresh water. It is used mainly in developed countries, like the United States , Israel , and Saudi Arabia , where fresh water is scarce but the ocean is nearby. Some coastal cities in California are beginning to use desalination for part of their water supply.