Oil and natural gas are complex mixtures of chemicals. Oil refineries and gas processing plants extract the organic compounds that make the best fuels for transportation, heating, and electricity generation: gasoline, jet fuel, diesel fuel, heating oil, and methane. Other chemicals derived from processing oil and natural gas are called petrochemicals and are used to make thousands of non-fuel products.

Getting from Oil and Gas to Petrochemicals

Ethane, propane, or naphtha can be heated to very high temperatures (up to around 850oC, or 1562oF) to break apart molecules (“cracking”)4 or selectively pluck hydrogen atoms off the molecules (“dehydrogenation”) to form new chemicals such as ethylene and propylene.

Ethylene and propylene are the two dominant petrochemicals: in 2016, the U.S. produced over 26 million tons of ethylene and over 14 million tons of propylene.5 Ethylene is primarily converted into polyethylene (the most common plastic, used in thousands of applications), but is also used to make other plastics such as polyvinylchloride (PVC, for pipes and home siding) and polystyrene (used as a general plastic and as Styrofoam for insulation and packaging). Propylene is mostly converted into polypropylene for fibers, carpets, and hard plastic; some propylene produced during oil refining is used to make compounds that are added to gasoline to improve performance.6 Both ethylene and propylene are used to make many other chemicals and materials with many uses, including specialty plastics, detergents, solvents, lubricants, pharmaceuticals, synthetic rubbers, and more.

From Petrochemicals to Consumer Products 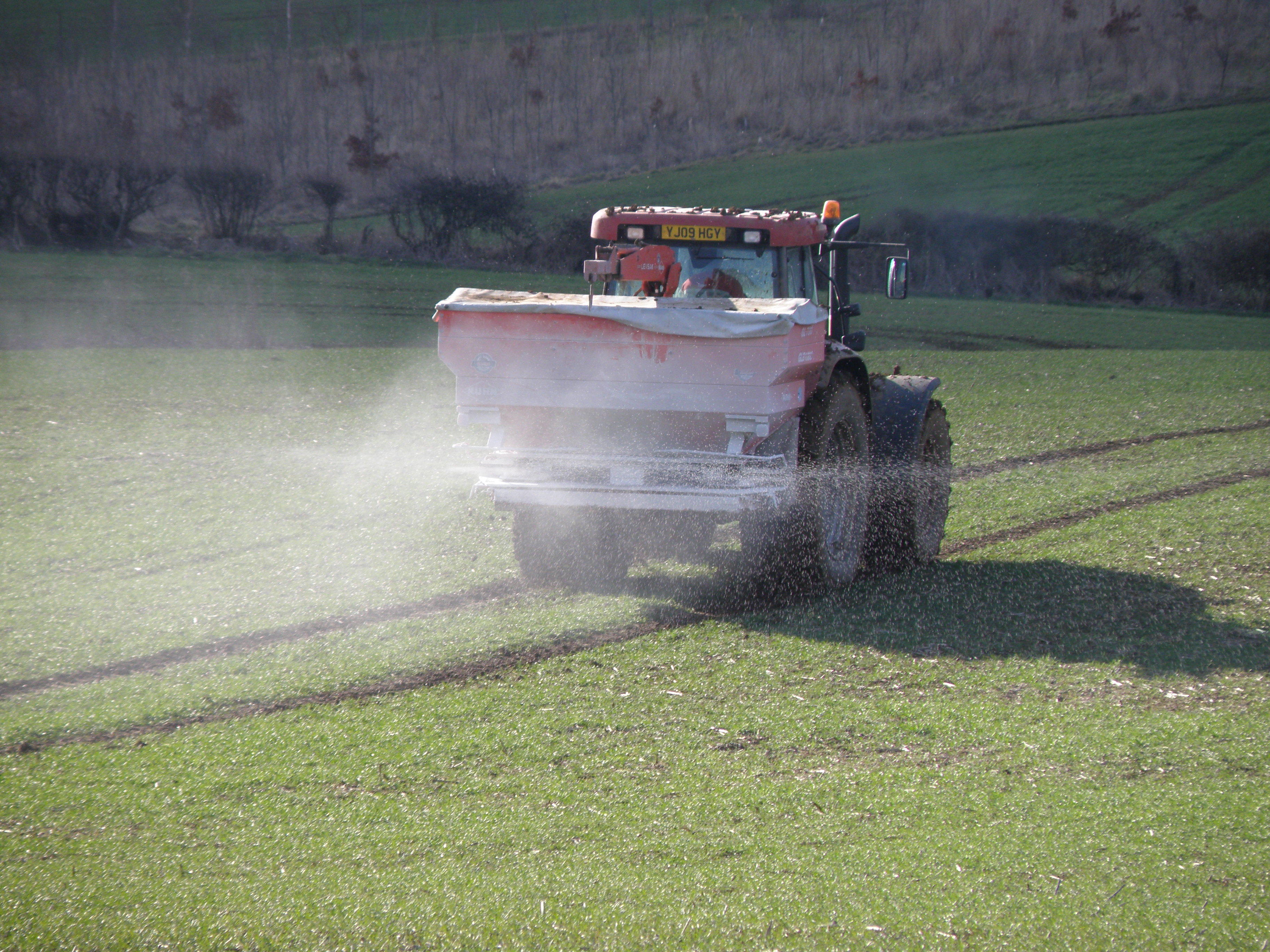 Ammonia, a compound of hydrogen and nitrogen, is industrially produced on a vast scale. The U.S. produced over 10 million tons of ammonia in 2017,7 almost entirely using hydrogen derived from natural gas. Roughly 88% of this ammonia is used to provide nitrogen for fertilizer, making up almost 60% of all fertilizer used in the United States.10 With growing domestic natural gas production, low natural gas prices, and new fertilizer plants coming online,11 U.S. ammonia production capacity is expected to grow by 25% from 2018 to 2022. Over this same period, global ammonia production (150 million tons in 2017) is expected to grow by 8%.7

Plastics are so widely used that it is easy to forget how varied they are – the most common plastic, polyethylene, comes in 10,000 different types for different uses.12 In medicine, plastics serve a wide variety of purposes: keeping medical equipment sterile; providing inexpensive disposable syringes, tubing, and single-use supplies to reduce the risk of infection; and forming implants and artificial joints, as well as many advanced materials, including natural-synthetic hybrids that can be used inside the body with lower risk of rejection.

One of the oldest uses of petrochemicals is petroleum jelly, a soft solid that often naturally separates from crude oil. Petroleum jelly was first marketed over 150 years ago and is still widely used for skin care and cosmetics.19

Petrochemicals provide the chemical building blocks for most medicinal drugs: nearly 99% of pharmaceutical feedstocks and reagents are derived in some way from petrochemicals.8 For example, aspirin has been manufactured from benzene, produced in petroleum refining, since the late 19th century.20 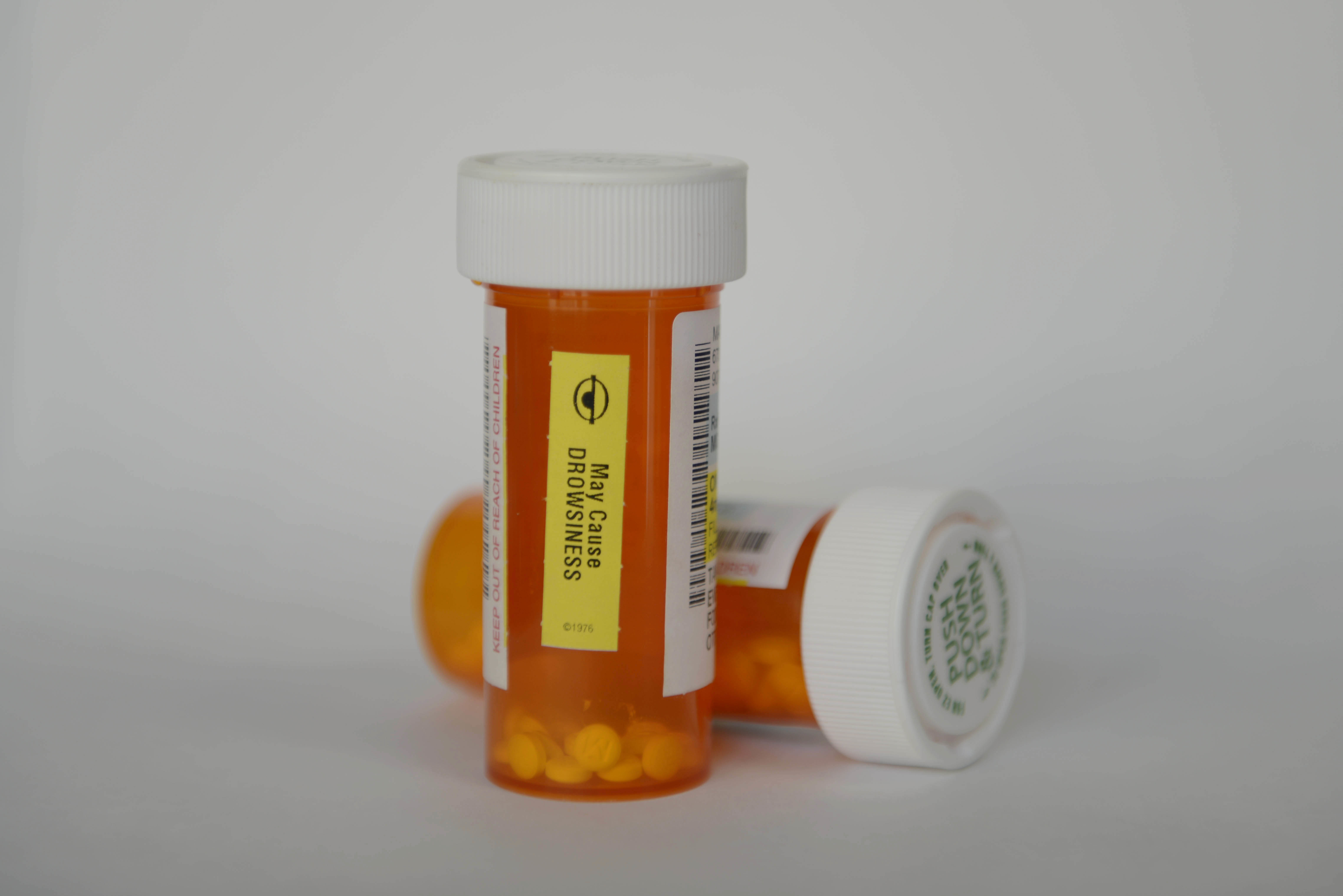 Medications and the bottles that house them are almost all made using petrochemical building blocks. Image credit: Airman Valerie Monroy, U.S. Air Force.18

Sulfur is common in both oil and natural gas. If it is not removed, it can corrode steel transportation equipment and pipelines, and produce acid rain when released as sulfur dioxide during combustion. Removing sulfur from these fuels reduces economic and environmental damage while also producing a valuable industrial material: in 2017, the United States produced over 9 million tons of sulfur valued at $585 million; the vast majority of this came from oil refining and gas processing.21 Sulfur is mostly used to make sulfuric acid for a wide range of industrial processes, notably in the production of fertilizer, which accounts for half of global sulfur consumption.22

Helium is an important industrial gas with a wide variety of applications in aircraft, aerospace, electronics, and advanced metalworking. Liquid helium is the coldest cryogenic liquid available: aside from advanced research, a major application of liquid helium is to cool magnetic resonance imaging (MRI) scanners. Helium is sourced entirely from natural gas at gas processing plants. The U.S. is the largest helium producer in the world: in 2017, the U.S. accounted for 57% of global helium production. Qatar produces most of the rest (28% of global production), with a handful of other countries producing small quantities.23 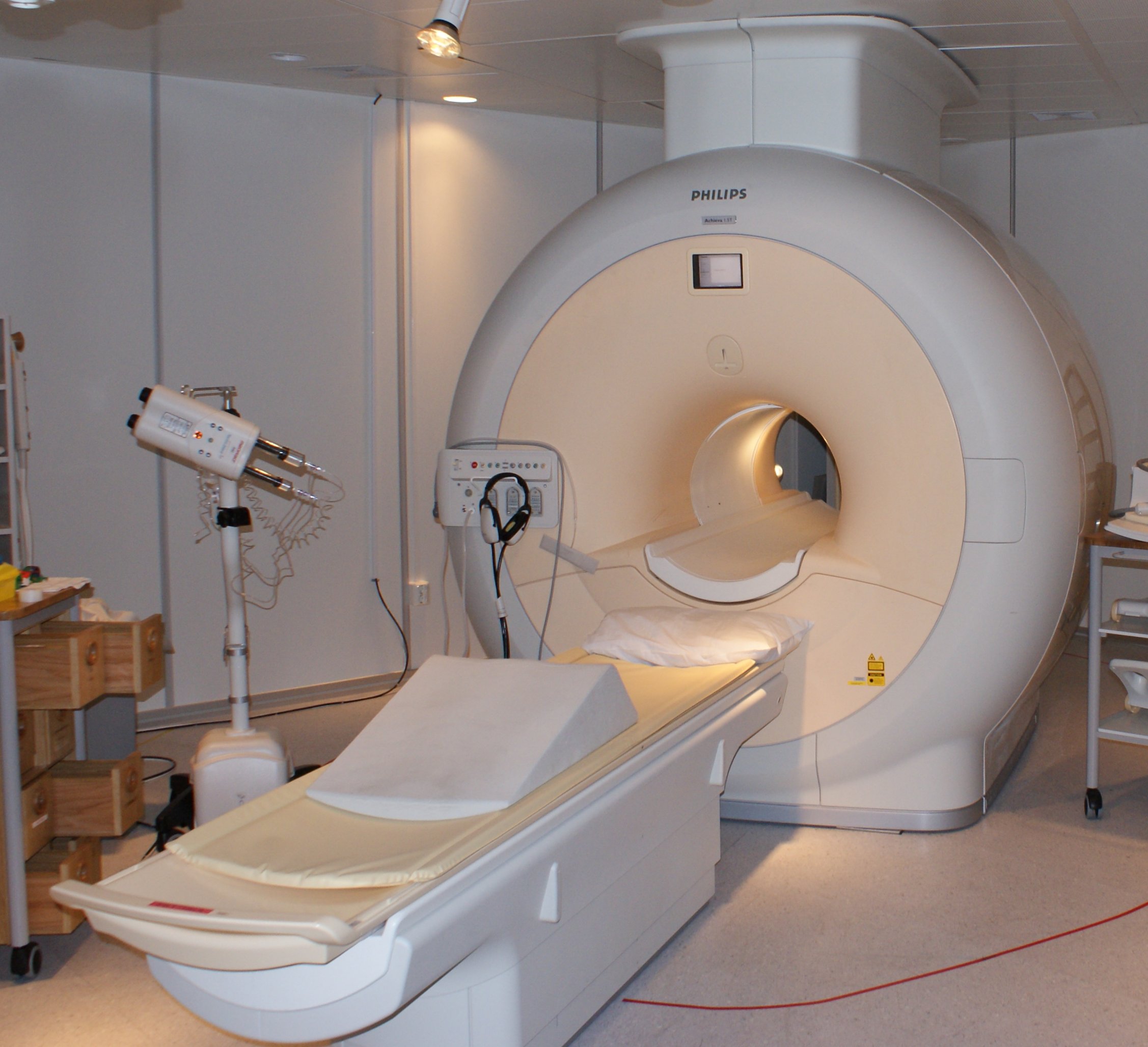 Petrochemicals and the Environment

When oil, gas, and the environment are discussed together, the focus is often on the ways in which oil and gas can damage environmental or human health, and steps that can be taken to prevent or reduce these impacts. Petrochemicals are an interesting case because they have both positive and negative impacts on the environment. The negative impacts are significant and should not be understated, but they are also generally well-known: the accumulation of plastic waste,25 the harm that plastics and their breakdown products can cause when ingested by animals,26 and the damage to aquatic ecosystems caused by fertilizer runoff (caused by both natural and petrochemical fertilizers).27 The environmentally beneficial uses of petrochemicals are less commonly discussed but are an important part of any discussion of overall environmental impacts. Some of these environmentally beneficial uses include: 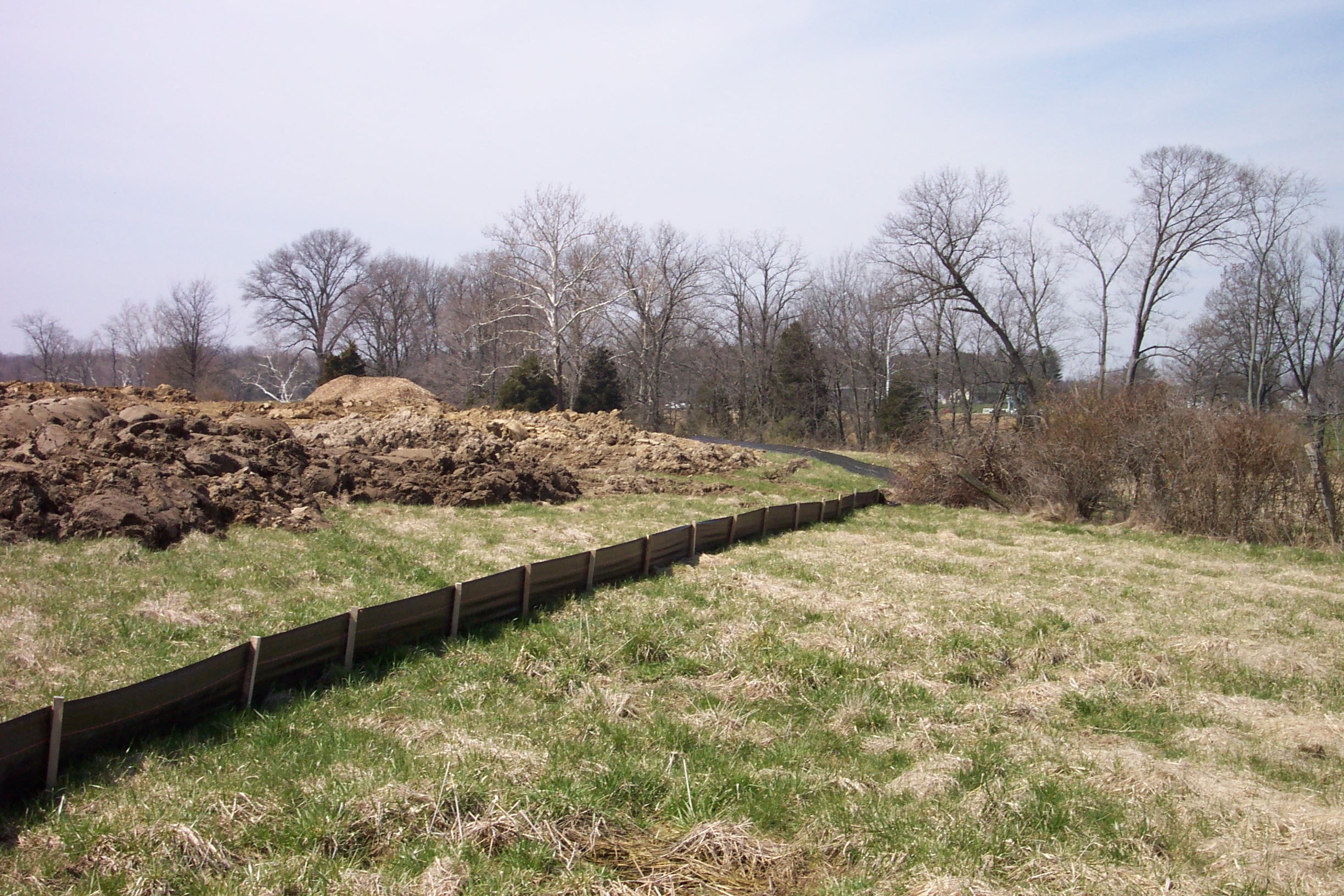 Most plastic food and beverage containers, plastic bags, and other packaging can be recycled.33,34 Some plastics can be reprocessed to make the same product they were originally used for (e.g., plastic bottles). Plastic bottles can also be turned into polyester fiber used for fleece jackets, insulation, and carpeting. Plastic bags and film can be recycled into plastic lumber, used to make outdoor furniture, decks, and fencing.35

Despite the many potential reuse options for plastics, only about 9.5% of plastic material generated in the U.S. was recycled in 2014. Over 75% went into landfills, while 15% went into trash-to-energy plants that burn waste to generate electricity.36 A small but significant proportion of used plastic is not properly disposed of and ends up in the surface or marine environment, where it takes hundreds of years to decompose and can harm wildlife.

Since 2010, the Appalachian region has seen enormous growth in natural gas production from the Marcellus and Utica shales: by 2017, they provided almost 25% of all U.S. gas production.13 This gas is especially rich in ethane, propane, and other natural gas liquids,14 providing vast resources for petrochemical production. By mid-2017, almost 23 billion cubic feet of natural gas was processed in Appalachia every day, providing 600,000 barrels per day of ethane and other natural gas liquids.14 These natural gas liquids are mostly transported by pipelines to cracking plants on the Gulf Coast or exported to Canada.15 However, the growth in natural gas liquid production, especially since 2013, has prompted plans to build new ethane crackers in Appalachia.12 The first of these is likely to be a Shell project in Beaver County, Pennsylvania, which is due to begin operations in the early 2020s.16 Local production of plastics and other petrochemicals is expected to support the local manufacturing industry.