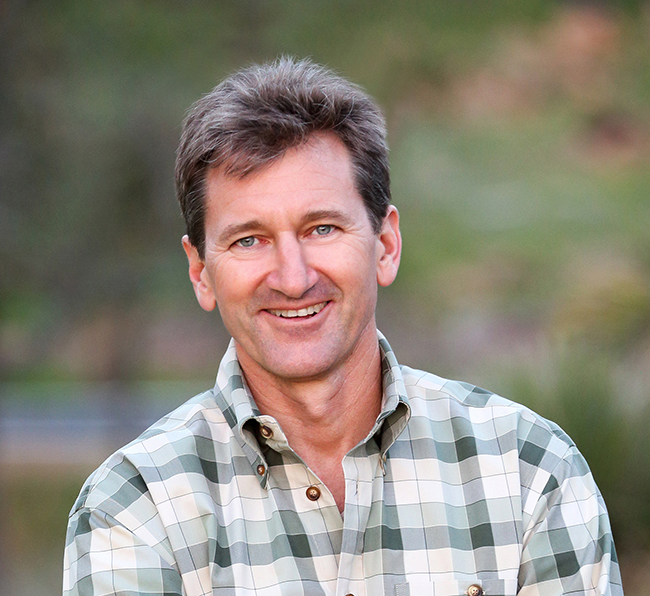 ALEXANDRIA, Va. – The American Geosciences Institute (AGI) is pleased to recognize Dr. Scott W. Tinker, Director and State Geologist of Texas, Bureau of Economic Geology, and Professor at the Jackson School of Geosciences at the University of Texas at Austin, as the 2018 recipient of the AGI Medal in Memory of Ian Campbell for Superlative Service to the Geosciences, AGI’s highest award.

Since 2000, Dr. Tinker has led the Bureau of Economic Geology as the premier state geological survey, with over 250 research and support staff and students working on hundreds of international grants and contracts. His distinguished service – from his start in the petroleum industry to his more recent work as an educator and administrator – is superlative.
After earning his B.S. at Trinity University in 1982 with Campbell medalist Ed Roy as his advisor, Tinker entered the petroleum industry with Sneider Exploration in Houston. After a year, he left for the University of Michigan, where he studied carbonates under James Lee Wilson. He earned his M.S. in 1985 and joined Union Pacific Resources. From 1988 to 2000 he rose through the geology ranks at Marathon Oil. Along the way, in 1996, he earned his Ph.D. at the University of Colorado. During those years, he became an expert in carbonate stratigraphy and reservoir characterization and contributed significantly to the peer-reviewed literature. As an educator, he has served on dozens of graduate student committees and taught a graduate course in reservoir characterization.
Dr. Tinker’s public service involves frequent testimony and briefings before federal and state legislatures and executive agencies, and he has served on several boards and commissions that influence national energy policies, including the National Research Council’s Board on Energy and Environmental Systems (2003-09), the National Academies Roundtable on Unconventional Hydrocarbon Development (2016-present), and the Interstate Oil and Gas Compact Commission (2007-present).
He co-produced the 2012 documentary film Switch, which has been viewed by more than 15 million people in over 50 countries, and he is Chairman of the Switch Energy Alliance, a nonprofit 501(c)(3) organization. He is now filming a sequel called Switch On, which will focus on global energy poverty. He is passionate about energy education and has given over 750 lectures in 60 countries.
Dr. Tinker has served the geoscience profession admirably at many levels, including as President of AGI (2015-16), the American Association of Petroleum Geologists (2008-09), and the Association of American State Geologists (2007-08), as well as in various capacities for the Society for Sedimentary Geology and the Society of Exploration Geophysicists. He is the recipient of numerous awards, including the AAPG Halbouty Medal, the Gulf Coast Association of Geological Societies Boyd Medal, and the AGI Award for Outstanding Contribution to Public Understanding of the Geosciences. He is also a Fellow of the Geological Society of America.
Dr. Tinker remembers hearing about the Ian Campbell Medal with friend and colleague Nick Tew. Tinker writes, “It was a very emotional moment, as Nick can attest. So many friends who have put up with my shortcomings and counseled me along the way, especially my wife, Allyson. I feel like I am just getting started, there is so much still to do. My deepest thanks to AGI for this great honor.”
The AGI Medal in Memory of Ian Campbell for Superlative Service to the Geosciences is AGI's highest award, given in recognition of singular performance in, and contributions to, the profession of geology. Candidates are measured against the distinguished career of Ian Campbell, whose service to the profession touched virtually every facet of the geosciences. Campbell was a most uncommon man of remarkable accomplishment and widespread influence. In his career as a geologist, educator, administrator and public servant, he was noted for his candor and integrity. The title of the award was changed in 2009 to add "for Superlative Service to the Geosciences" in order to emphasize the importance of service shown by the recipient.
AGI directly, or in cooperation with its member societies, makes a number of awards each year to recognize particular excellence in the geosciences.  In addition, AGI works with its member societies to foster nominations of deserving geoscientists for consideration in a number of National Science Awards. To learn more about AGI awards, go to https://www.americangeosciences.org/awards.
About AGI
The American Geosciences Institute (AGI) is a nonprofit federation of 52 scientific and professional associations that represents more than a quarter-million geoscientists. Founded in 1948, AGI provides geoscientists with access to scholarly information, serves as a voice of shared interests in the profession, plays a major role in strengthening geoscience education, and strives to increase public awareness of the vital role the geosciences play in society's use of resources, resiliency to natural hazards, and health of the environment.
AGI is a not-for-profit 501(c)(3) organization dedicated to serving the geoscience community and addressing the needs of society. AGI headquarters are in Alexandria, Virginia.
The American Geosciences Institute represents and serves the geoscience community by providing collaborative leadership and information to connect Earth, science, and people.
_____________
AGI Contact:
Joseph Lilek, Communications Manager
jlilek@americangeosciences.org
571.483.5445
###