This webinar explores recent trends in wildfires and changes in contributing factors / drivers of these hazards and features case studies of wildfire policy and management strategies in the western and southern United States.

Wildfire Management: Recent Trends and Strategies for Adaptation to Wildfire in the U.S.

View the next video in this webinar

The combination of frequent droughts, changing climate conditions, and longer fire seasons along with urban development expansion into wildland areas has resulted in more difficult conditions for managing wildfires. Over the last several decades, the size of wildfire burn areas has increased substantially and nine of the 10 years with the largest wildfire burn areas have occurred since 2000. Wildfires are causing more frequent and wider-ranging societal impacts, especially as residential communities continue to expand into wildland areas.  Since 2000, there have been twelve wildfires in the United States that have each caused damages exceeding a billion dollars; cumulatively these twelve wildfires have caused a total of $44 billion dollars in damages. As of 2010, 44 million homes in the conterminous United States were located within the wildland-urban-interface, an area where urban development either intermingles with or is in the vicinity of large areas of dense wildland vegetation. These challenging conditions present a unique opportunity to adapt existing wildfire policy and management strategies to present and future wildfire scenarios.

Search the Geological Surveys Database for reports and factsheets about wildfires. 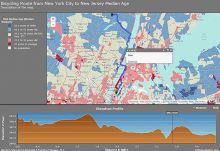