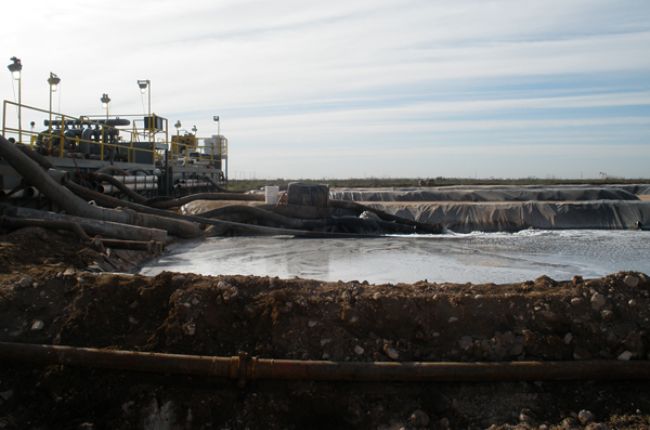 Most oil- and gas-bearing rocks also contain water. When the oil or gas is extracted from these rocks, the water comes out too. This “produced water” is a byproduct of almost all oil and gas extraction, though the amounts of produced water can vary widely in different places or over the lifetime of a single well.1 When hydraulic fracturing (“fracking”) has been used, some of the frac fluid may also return to the surface. This is sometimes called “flowback water” to distinguish it from the naturally occurring produced water that is extracted from the rock formation.2 In some cases, a large proportion of the extracted water is flowback, while in others it can be little or none.

What is the composition of produced water?