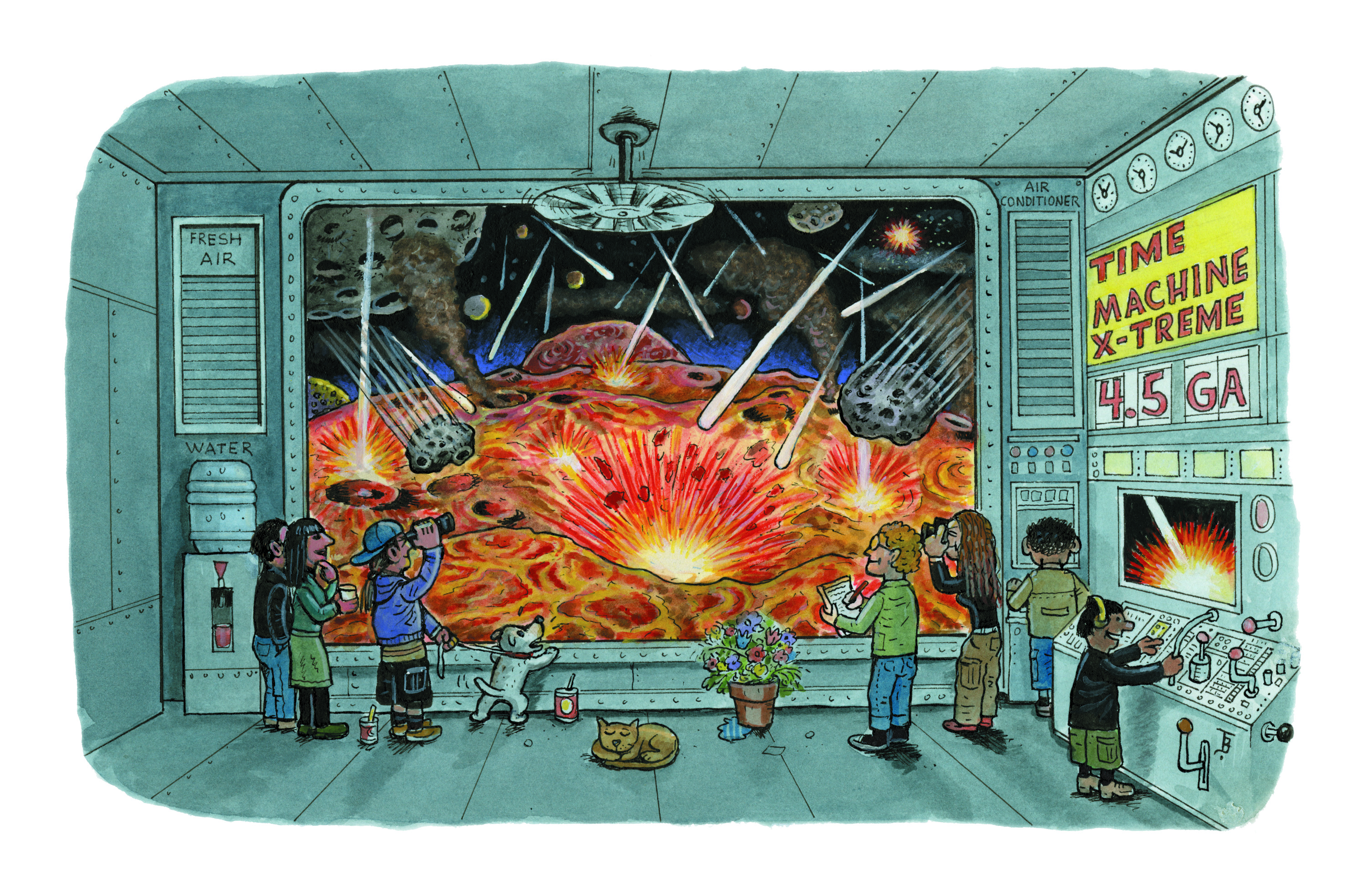 In this section you will find materials that support the implementation of EarthComm, Section 1: The Evolution of the Geosphere.

Asteroid Impacts Once Made the Earth’s Oceans Boil for A Whole Year, Smithsonian Magazine
Describes the violent origins of Earth's beginning and the possibility of boiling oceans.

Earth’s Formation and its Interior Structure, University of Wisconsin-Madison
Overview of Earth’s formation, including the bombardment by meteoric debris.

To learn more about this topic, visit the following web sites:

Age of the Earth, USGS
Explains how scientists have determined the age of Earth.

The Hadean, Indiana University
Tells about the Hadean Eon and early life.

Impact Processes on the Early Earth, Univ. of Vienna
Describes the impact processes that occurred during the period of late heavy bombardment.

Evolution of Continents and Oceans, Indiana University
Overview of the processes that form new crust and consume old crust.  Also looks at the evolution and features of continental crust, including shields and platforms.

The Precambrian Era, Michigan State University
Describes the geologic history of Earth, including its formation and the evolution of its early crust.

The Evolution of Continental Crust, University of Washington
Examines the conditions required for the formation of continents.  Compares the planets and the extent to which those conditions exist.

Weathering and the Early Rock Cycle

Hadean-Archaen Environment, US National Institute of Health Library of Medicine
Examines the Archean and crustal evolution.  Describes earliest evidence for carbon cycle, running water and weathering and erosion and life.

What is the Rock Cycle, Idaho State University
Looks at the formation, break down, and reformation of rock, including weathering processes.

Development of the Magnetosphere

The Magnetosphere: Our Shield in Space, NASA
Describes Earth’s magnetic field and its relationship to solar wind.

The Earth's Magnetosphere, NASA
Overview of Earth’s magnetic field and its interaction with solar wind.

The Development of the North American Continent

The Development of the North American Cordillera

Geologic History of Western US, University of Colorado
The geologic structure and timing of the development of the western margin of the North American continent.