In the fall, spring, and summer of academic year 2013-2014, AGI distributed AGI’s Geoscience Student Exit Survey nationally to students graduating with a bachelor’s, master’s, or doctoral degree in a geoscience field. The survey generated 688 responses from 167 different departments. Out of the 688 responses, 517 came from bachelor’s graduates, 115 came from master’s graduates, and 56 came from doctoral graduates. Using AGI’s graduation data from 2013, this sample size was determined as considerably large enough to represent the population of geoscience graduates.

The pie charts display the chosen degree fields of the geoscience graduates. Geology continues to be the most popular degree among undergraduates with students specializing in different fields more often in graduate school. The "Other Geosciences" categories represent degree fields such as economic geology, petrology, mineral physics, and paleomagnetism. For bachelor’s graduates, the “Other” category also includes a few interdisciplinary degree fields created specifically for a particular department that allows for an emphasis or minor in a geoscience field.

More data from the 2013-2014 distribution of AGI’s Geoscience Student Exit Survey will be published in the upcoming Status of Recent Geoscience Graduates 2014 report due out in September. 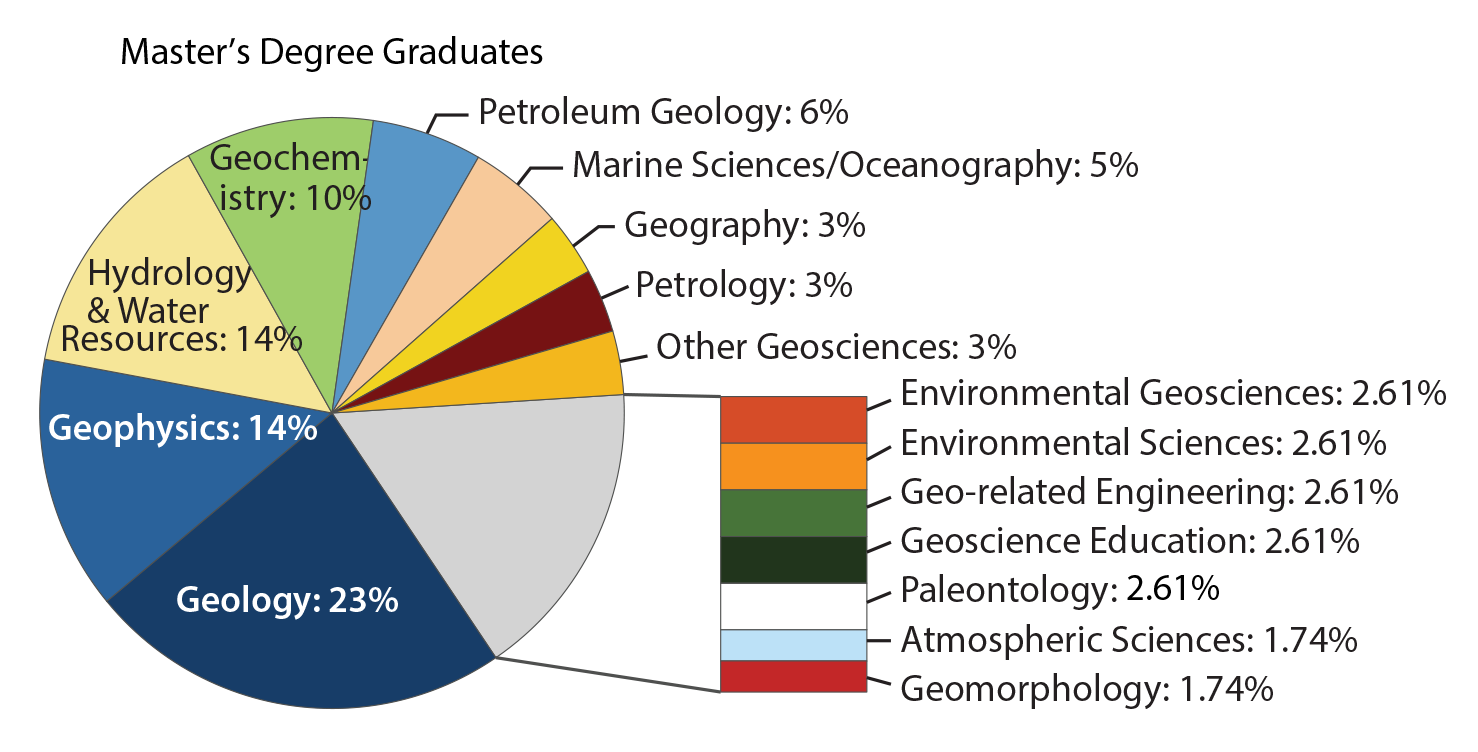 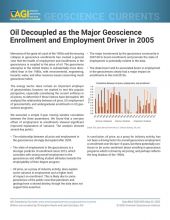 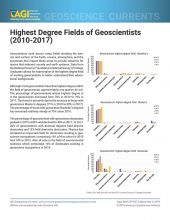 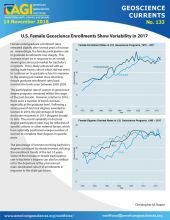