How is land used? How do technologies and regulations minimize land use?

All energy production requires land. Reducing the land-use “footprint” of the energy industry is an important part of limiting environmental impacts while meeting our energy needs. Advanced exploration technologies such as 3D seismic imaging, and drilling technologies such as horizontal and slanted wells, reduce the amount of land disturbed for a given amount of oil or gas produced. 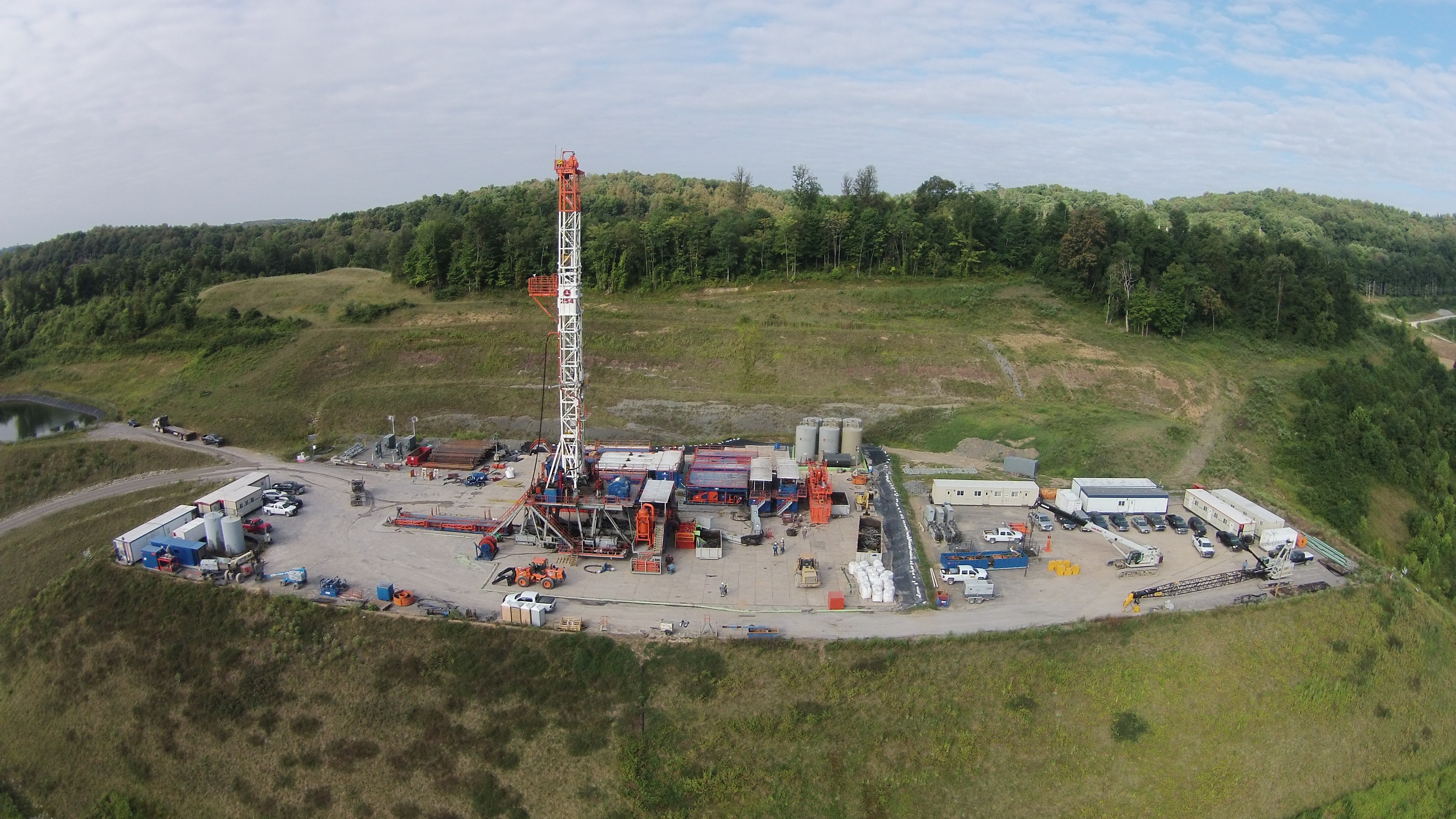 The Size of Well Sites

Drilling and hydraulically fracturing a well requires several acres around the well for the drilling rig, drill pipe storage, trailers for equipment and staff, pump trucks, data vans, and pits or tanks for water and waste storage. Once drilling is finished and the well is producing oil or gas, much of the drill site can be reclaimed. State and federal regulators require and oversee these reclamation efforts.1,2,3,4 The size of a well site, or “pad”, will depend on many factors, including location, land use restrictions, and the type and number of wells being drilled from the site. To take just one example, the total land footprint of a typical well site in Pennsylvania’s portion of the Marcellus Shale is five to eight acres – this includes the land taken up by water impoundments for hydraulic fracturing, access roads, and other equipment.5 For more information on how the land footprint of a well site may change over time, see “The Pinedale Gas Field, Wyoming” in this series.

Modern drilling technology allows a drill to be guided horizontally underground for up to several miles.7 This allows operators to avoid sensitive environments and drill multiple wells in different directions from a single site. As drilling technology continues to improve, longer horizontal wells will continue to reduce the number of sites needed.

Exploration for oil and gas requires a detailed image of the rocks below the Earth’s surface. Seismic imaging – like an ultrasound for the Earth – helps geoscientists to identify rock layers that are most likely to contain oil and gas, reducing the number of unproductive wells that are drilled. This in turn improves the land-use efficiency of oil and gas production. In the early 1970s, only 60% of wells drilled in the U.S. successfully hit an economically viable oil or gas deposit. By 2005, this had improved to 90%, due largely to improvements in 2-D and then 3-D seismic imaging, as well as other tools for monitoring and analysis.8 This improvement has been seen not only in newly explored areas but also in existing oilfields, where a more detailed image helps operators to drill new wells in the most productive parts of the field.

Changes in a Well’s Footprint Over Time

The land footprint of oil and gas extends far beyond the wells:

The modern energy system is vast. In areas of intense production, land dedicated to oil and gas activity can be very high as a proportion of total land use. Overall, however, the high energy density of oil and gas results in relatively little land disturbance for a large amount of energy production.12 As the national and global energy sectors evolve over time, minimizing the land footprint of all energy technologies remains a key topic in attempts to balance energy production and environmental protection.