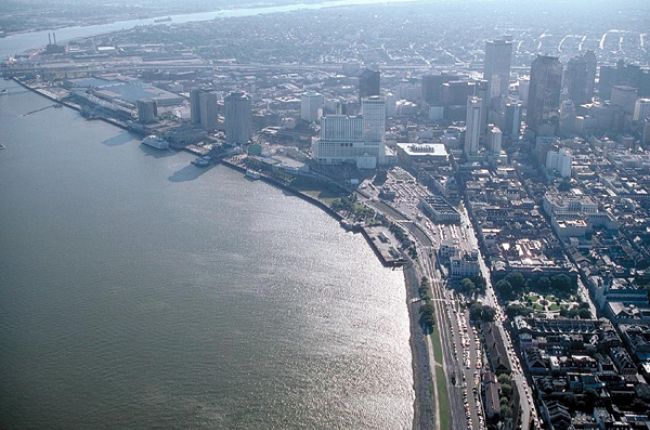 The desire to build structures on coastlines has often interfered with the natural erosion processes. There are many kinds of human-built structures that can be found on coastlines. They include lighthouses, commercial shipping ports, hotels, recreational marinas, and houses.

Protecting human-built structures from coastline erosion has been going on for centuries. Humans have devised many different ways of doing this. Examples include groins, jetties, and breakwaters. 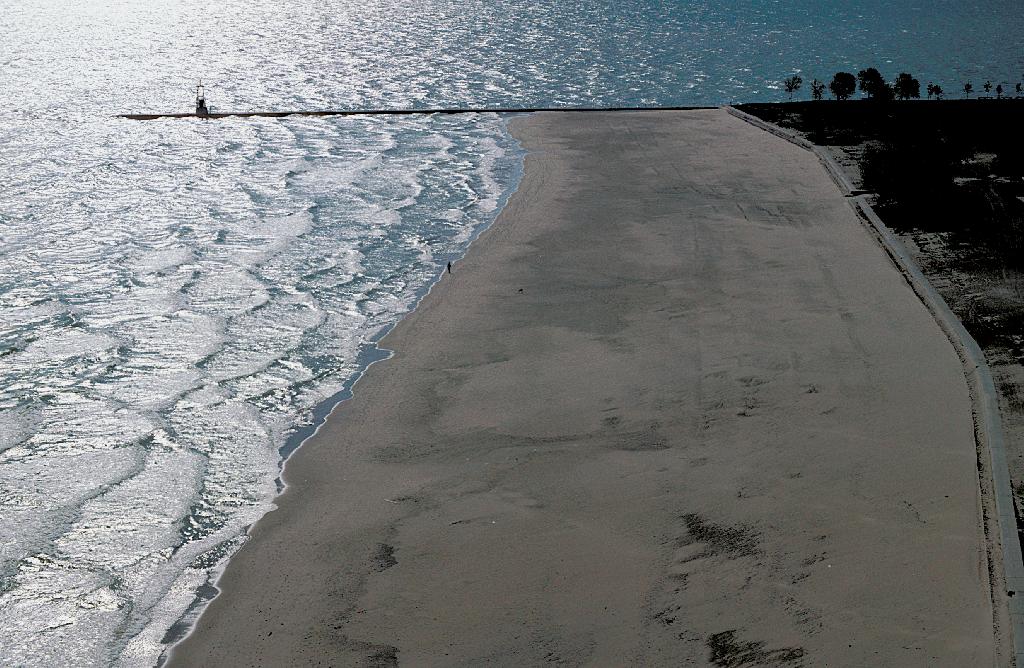 Groins are long, wall-like structures built along beaches that extend out into the ocean. Groins are constructed of stone rip rap, steel sheet pilings, or timber pilings. Their purpose is to act as barriers to longshore currents in order to control or modify sand movement. A longshore current will lose velocity as it meets the groin, causing the current to dump part of its sediment load on the upcurrent side of the groin. This builds up the adjacent beach. However, as the current passes the groin it picks up additional sediment on the downcurrent side of the structure. This causes local erosion. Although this method of ceasing beach erosion can be very effective, its drawbacks are obvious. Wherever sand on one beach is increased, other beaches down the coast lose a lot of sand. This process often leads to a domino effect. Once one groin is put into place, another is needed at the beach next door. 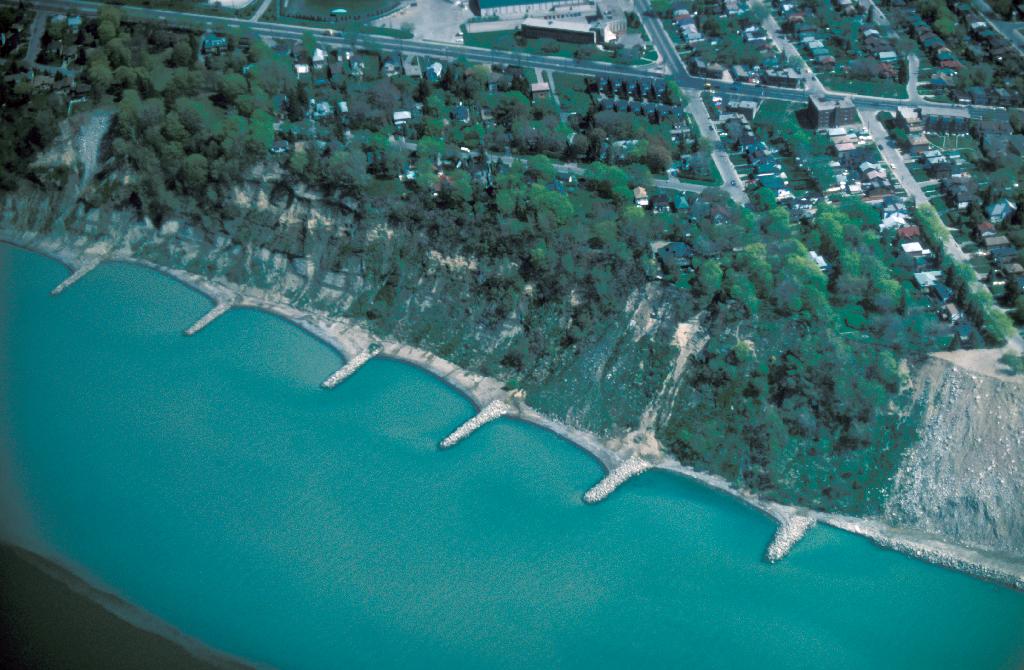 Jetties are long structures built perpendicular to the shoreline and extending out into the ocean. They are constructed of timber, stone, concrete, or steel. Their main function is to keep sand from flowing into a ship channel, which would make the channel increasingly shallow over time (shallow waters cause for ships to run aground). There are often two jetties used, one for each side of the channel. Erosion prevention is another benefit of jetties. Sand that builds up against the jetty can be redistributed along the beach. Jetties also prevent littoral drift and storm waves from entering protected channels. There are drawbacks to jetties, though. Sand starvation and retreat of the shoreline on the downdrift side are possible. 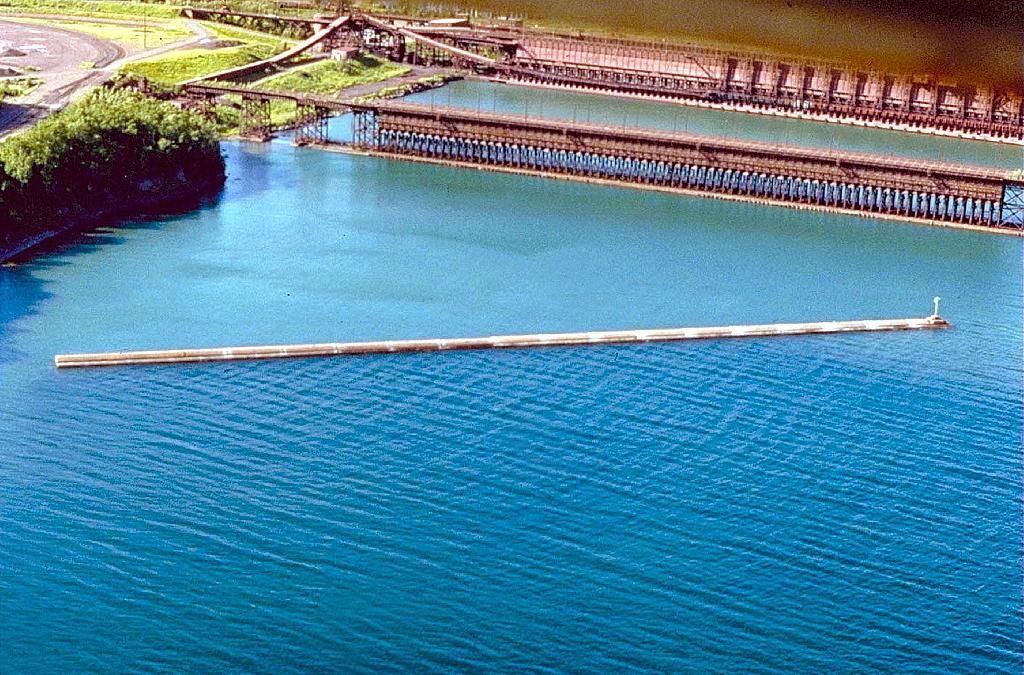 Breakwaters are barriers built offshore to protect part of the shoreline. They act as a barrier to waves, preventing erosion and allowing the beach to grow. The dissipation of wave energy allows material carried by longshore currents to be deposited behind the breakwater. This protects the shore. However, the beach behind the breakwater often grows at the expense of the shoreline that is not protected by the structure. The amount of deposition depends on the site characteristics and the design of the breakwater. Breakwaters may be either fixed or floating: the choice depends on normal water depth and tidal range.