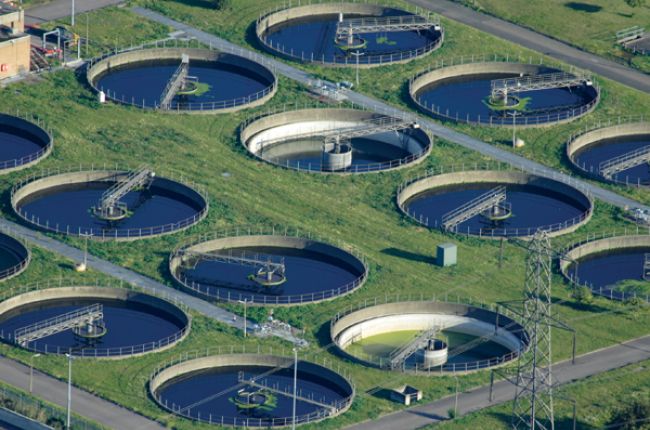 Most of the water that is used in homes and businesses is put into either municipal sewers or home septic systems. Most of that water is polluted to some extent, because it comes from clothes washing, bathing, and toilets. In earlier times, sewage was put directly into the ground, into rivers, or into the ocean, without any treatment. As population has grown, however, the need for wastewater treatment has increased as well.

Home septic systems consist of a large underground tank, where anaerobic bacteria (those that do not need oxygen) gradually break down most of the solids. The remaining liquid waste flows out into what is called a leach field, where the water flows out from porous underground pipes into the ground. This water still contains pollutants and harmful microorganisms. Some of these are removed as the water flows through soil and rock, but in many places they reach groundwater supplies and add to problems of water pollution.

Municipal sewage is treated in special wastewater treatment plants. There are several common methods of treatment. Also, the level of treatment varies greatly.