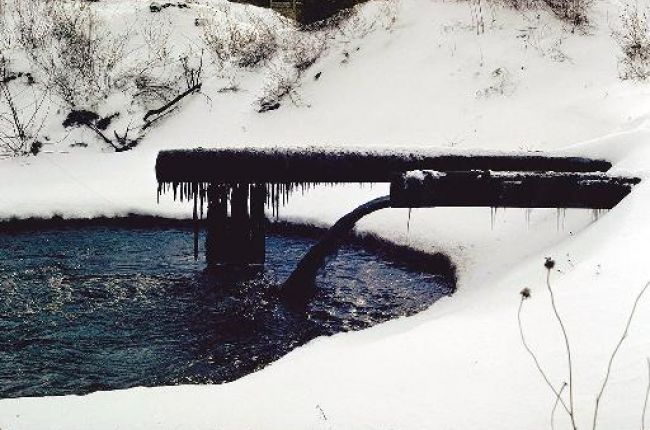 Some of the substances that affect water quality are called pollutants. Pollutants are mostly substances that get into water by human activities. The number of toxic chemicals that are produced and used by humans is enormous. Many of these toxic chemicals are used in ways that cause them to be added to surface water or ground water. Here are two major examples:

Cleaning up sources of pollution like these takes enormous sums of money. All of the contaminated soil or sediment has to be removed. Sometimes it is just put in special places that are sealed off from the environment forever. Sometimes the toxic substances are converted into nontoxic substances by chemical processes. Have you ever thought about what happens to the salt that is put on roads in winter in the northern areas of the United States ? It is dissolved by later rainfall. Some of it enters rivers and is carried to the ocean, and some of it is added to ground water. Pollution by road salt is a major problem in some watersheds.