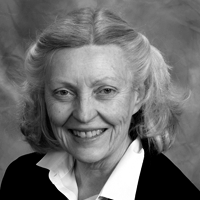 Carolyn Olson has had a distinguished career in government with the U.S. Department of Agriculture (USDA) and the U.S. Geological Survey specializing in soil geomorphology, hydrology, and paleoclimate. She is Past-President and Fellow of the Soil Science Society of America, and was a senior policy scientist in the Office of the Chief Economist at USDA where she worked on science policy and guidance in climate change. She is a Coordinating Lead Author for the Fourth National Climate Assessment and served on numerous federal interagency committees and on the boards of several AGI member organizations. Dr. Olson is active in several geoscience societies including the American Geophysical Union and the American Association for the Advancement of Science. She holds degrees from Syracuse University, Indiana University, and Harvard University. Dr. Olson is currently Scientist Emerita at the U.S. Geological Survey where she continues her work in Quaternary geology and hydrology. 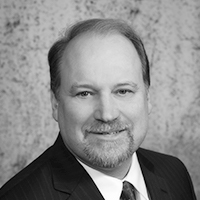 Dr. David R. Wunsch is the State Geologist and Director of the Delaware Geological Survey. Previously was the State Geologist of New Hampshire (2000-2010), and Director of Science & Technology (2010-2011) for the National Groundwater Association (NGWA). He has held leadership positions with the Association of American State Geologists (President 2009-2010), NGWA (Division Director 2002-2005), and AGI (Secretary 2002-2004). Dr. Wunsch was AGI's first Congressional Science Fellow (1988-1999), where he advised the U.S. House Subcommittee on Energy & Minerals. He has served on National Academy of Science committees, and federal advisory committees for the U.S. Geological Survey. He holds an affiliated faculty position with the University of Delaware Department of Earth Sciences. His areas of interest include hydrogeology and geochemistry, and science and policy. 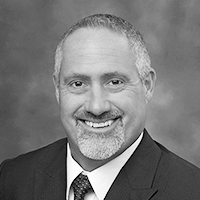 Dennis Anderson is the Operations Manager for the Omaha, Nebraska location of Tetra Tech, providing consulting and engineering services to government and commercial clients. Prior to Tetra Tech, he was President of DJA Geotech, an independent engineering/geotechnical consulting company. He has dual professional licensure as both a Professional Geologist and Professional Engineer. He has accumulated over 30 years’ experience in the private consulting industry conducting geotechnical engineering and environmental consulting projects. He has been intimately involved with the National Association of State Boards of Geology (ASBOG), serving in several positions on their Executive Committee and attending over 24 Council of Examiners Workshops. He also served ten years on the Nebraska State Board of Geologists, three of which were as Chairman. 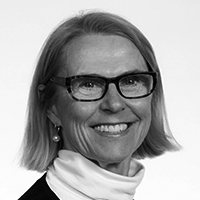 Anna C. Shaughnessy received her BSc from the University of Gothenburg, Sweden and her MSc from Massachusetts Institute of Technology (MIT). She started her career as an interpreter geophysicist with Mobil Oil and has worked in the energy industry for thirty years, primarily in exploration, technology development and deployment. During her energy industry career, she has held leadership roles at Mobil, Saudi Aramco, Texaco and Kerr-McGee. Anna transferred to the academic sector in 2011 and became the Executive Director of the Earth Resources Laboratory (ERL), at MIT. She retired in 2018. 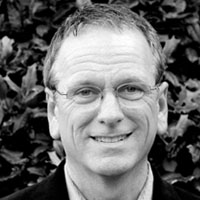 Dr. Jonathan D. Arthur is State Geologist of Florida and Director of the Florida Geological Survey.  He holds degrees from Florida State University and is a Fellow of the Geological Society of America.  Jon is also a member of IAH and NGWA.  He has had leadership roles with the Association of American State Geologists (President 2014-2015), the Florida Association of Professional Geologists (President 2003-2006), the AIPG Florida Section Executive Committee (2007 – 2009) and has served on National Academy of Science committees.  His areas of specialization include hydrogeochemistry and aquifer vulnerability, with special interest in geoscience policy and advocacy. 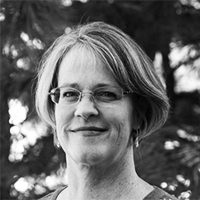 Susan M. Sullivan holds a PhD in atmospheric chemistry from the University of Colorado for work conducted with NOAA. Since 1996, Dr. Sullivan has engaged geoscientists in education and outreach in her roles with the Cooperative Institute for Research in Environmental Sciences (CIRES) Education and Outreach group at the University of Colorado Boulder. As Interim Director and then Director of the group since 2000, she has recruited and trained many geoscientists to work in public outreach roles and been Principal Investigator for more than 36 geoscience education and evaluation projects. Her work has focused primarily on teacher professional development, digital libraries, evaluation and climate literacy. She served as President of the National Association of Geoscience Teachers in 2013. Currently, Dr. Sullivan is Director of Diversity and Inclusion at CIRES, focused on talent pool and workplace inclusion. 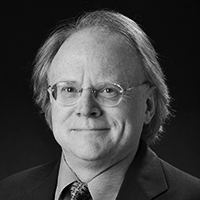 Paul Weimer holds the Paul Rady Chair in the Department of Geological Sciences at the University of Colorado Boulder. In his career, he has researched the evolution of sedimentary basins, including stratigraphy, sedimentology, structure, tectonics, and fluid movement, with emphasis on deepwater continental margins. He has published extensively on these topics, having written three books, more than 170 papers, and co-edited 11 volumes. His recent efforts have focused on creating high resolution, scientifically accurate geo-animations for K-12 Education and Public outreach. He has served extensively with many local and international geosocieties, with emphasis on integration of disciplines and inter-society cooperation including SEG, SEPM, EAGE, and is Former President of AAPG. He has major efforts in professional continuing education, having taught publicly available short courses in 35 countries and consulted extensively globally. He holds a BA (Pomona College), MS (University of Colorado), and PhD (University of Texas at Austin). 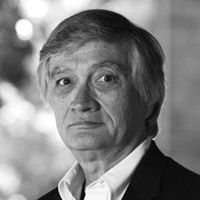 Rod Ewing is the Frank Stanton Professor in Nuclear Security and Co-Director of the Center for International Security and Cooperation in the Freeman Spogli Institute for International Studies, and a Professor in the Department of Geological Sciences at Stanford University. He has written extensively on issues related to nuclear waste and is a co-editor of Radioactive Waste Forms for the Future (1988) and Uncertainty Underground – Yucca Mountain and the Nation’s High-Level Nuclear Waste (2006). From 2012 to 2017, he was Chair of the Nuclear Waste Technical Review Board. He is a member of the National Academy of Engineering, a Founding Editor of the magazine Elements, and a past president of the Mineralogical Society of America and the International Union of Materials Research Societies. 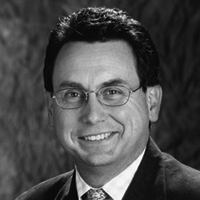 Dan Domeracki is Vice President, Government and Industry Relations for Schlumberger Limited. He joined Schlumberger through the acquisition of Intera Inc. (Eclipse reservoir modeling software) in 1995 where was Executive Vice President for Reservoir Consulting. joined Schlumberger in 1995 and has held various positions of increasing responsibility at Schlumberger since that time. During his career with Schlumberger, Domeracki served on several task groups to look at technology development and corporate organizational evolution. He is an executive corporate sponsor for selected acquisitions, served on the Schlumberger Gender Diversity board and is an active sponsor in the Reservoir Engineering Community SIG in Schlumberger’s Eureka organization. He holds Bachelors and Masters degrees in Geology from the University of South Carolina. 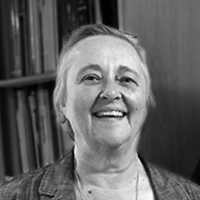 Sharon N. Tahirkheli is the Interim Executive Director of the American Geosciences Institute. Prior to this role, Tahirkheli has overseen GeoRef, AGI’s premier bibliographic database for the geosciences, for more than 20 years as well as many other information products and services such as the Glossary of Geology, additional online databases and open geoscience information collections. She was instrumental in the establishment of GeoScienceWorld, an aggregate of geoscience journal interoperable with GeoRef and participated in the development of the Digital Library of Earth System Education (DLESE) and the Multilingual Thesaurus of Geosciences. Tahirkheli is a former President of the Geoscience Information Society where she has been an active member for many years. She holds a Master’s in Library Science from the Catholic University of America.