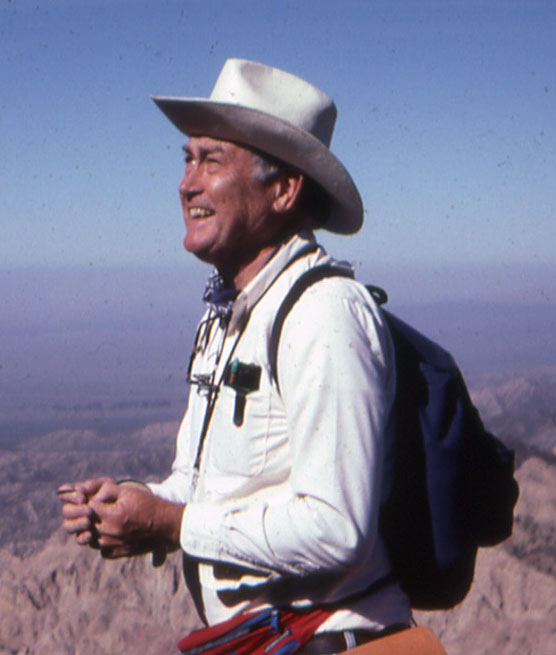 ALEXANDRIA, Va. – The American Geosciences Institute (AGI) is pleased to recognize Dr. William A. Thomas, the James S. Hudnall Professor Emeritus of Geology at the University of Kentucky and Visiting Scientist at the Geological Survey of Alabama, with the 2018 Marcus Milling Legendary Geoscientist Medal.
Thomas has enjoyed an exceptionally productive career in research, teaching, administration, and service to the geoscience profession. His career of nearly six decades spans four years in the petroleum industry, 47 years as an academic at five universities, and eight years as a research scientist with a state geological survey.
According to one colleague, one of the most impressive aspects of Thomas's career is "the steady drumbeat of benchmark papers that he has written about the geologic and tectonic evolution of southeastern North America." Beginning with interpretations that were based solely on geologic relations, Thomas was among the first scientists to re-interpret these relations in light of the new plate tectonics paradigm.
Throughout his research career, he has published more than 180 articles in journals, monographs, and field trip guidebooks, including more than 120 peer reviewed publications. He has been invited to give numerous keynotes, including at the prestigious Arthur Holmes Meeting of the Geological Society of London in 2016.
In addition to mentoring numerous undergraduates in the courses he taught, Thomas advised 26 M.S. students and 16 Ph.D. students through completion of their degrees between his time at the University of Alabama and the University of Kentucky. Today, his former graduate students hold a variety of positions in industry, state and federal government agencies, and universities.
Thomas has been recognized as a leader in the profession reflected in his service to AGI and several of its member societies, including the Geological Society of America – where he served as President – as well as the American Association of Petroleum Geologists, the Association of Earth Science Editors, and the Society of Economic Paleontologists and Mineralogists. He also volunteered on several committees of the Council of Scientific Society Presidents, serving as a liaison for geology and geoscience to the broader scientific community.
Dr. Nick Tew, the State Geologist of Alabama, calls Thomas "a most deserving recipient of the AGI Marcus Milling Legendary Geoscientist Medal." He adds, "I have known Dr. Thomas for almost 35 years and, therefore, have observed his significant contributions to the geosciences as a researcher, educator, and administrator, as well as his very generous service, in many roles and capacities, to our profession."
When asked about his initial reaction to receiving the Milling Medal, Thomas said, "My first thought was of the first presentation of this award to Dave Love, and Marcus Milling's efforts to make that happen. To be honored for what I most enjoy doing by people I most respect is an honor beyond description."
AGI directly, or in cooperation with its Member Societies, makes a number of awards each year to recognize particular excellence in the geosciences.  In addition, AGI works with its Member Societies to foster nominations of deserving geoscientists for consideration in a number of National Science Awards.  To learn more about AGI awards like the Marcus Milling Legendary Geoscientist Medal, go to https://www.americangeosciences.org/awards.
About AGI
The American Geosciences Institute (AGI) is a nonprofit federation of 52 scientific and professional associations that represents more than 260,000 geoscientists. Founded in 1948, AGI provides information services to geoscientists, serves as a voice of shared interests in the profession, plays a major role in strengthening geoscience education, and strives to increase public awareness of the vital role the geosciences play in society's use of resources, resiliency to natural hazards, and interaction with the environment.
AGI is a not-for-profit 501(c)(3) organization dedicated to serving the geoscience community and addressing the needs of society. AGI headquarters are in Alexandria, Virginia.
The American Geosciences Institute represents and serves the geoscience community by providing collaborative leadership and information to connect Earth, science, and people.
_____________
AGI Contact:
Joseph Lilek
jlilek@americangeosciences.org
571.483.5445
###