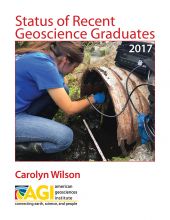 The American Geosciences Institute’s (AGI) Status of Recent Geoscience Graduates 2017 provides an overview of the demographics, activities, and experiences of geoscience degree recipients during the 2016-2017 academic year. This research draws attention to student preparation in the geosciences, their education and career path decisions, as well as examines some of the questions raised about student transitions into the workforce. This is the fifth consecutive year of this survey and report, and with this release, we are starting to detail emerging trends in the experiences of postsecondary geoscience students.

Major findings from the Status of Recent Geoscience Graduates 2017 report include:

Geoscience graduates at all degree levels tend to receive a strong technical background in geoscience. But after a number of years of strong hiring, there is a marked slow-down in hiring of new graduates. There may be a number of factors leading to this slow down, including softness in hiring in the resources industry, uncertainty about environmental regulations, and the emergence of automation offsetting some middle-skill geoscience jobs. Based on surveys of prior graduates, students with strong quantitative skills have fared well at gaining and retaining employment. Likewise, non-technical skills such as effective communications, as well as business and finance exposure, have been identified as key employer desires. However, these skills are not necessarily readily available within the formal degree programs.

AGI’s Geoscience Student Exit Survey is one of the few tools that help us track these changes as experienced by recent graduates, and AGI recognizes the importance of continuing this research study annually in order to provide this information to all within the geoscience community 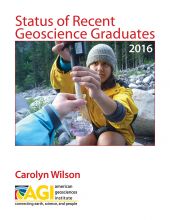 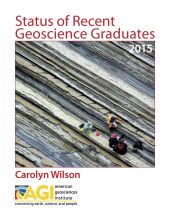 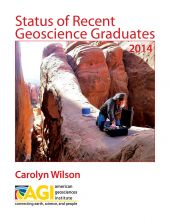 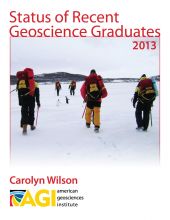 September 30, 2013
Carolyn Wilson*
American Geosciences Institute, 2013
AGI’s 2013 Status of Recent Geoscience Graduates provides an overview analysis of the demographics, activities, and experiences of geoscience students that received their bachelor’s, master’s, or doctoral degree in the spring of 2013. This research draws attention to student preparation in the...