The purpose of professional licensing is to ensure a minimum level of competency for practitioners in a given field in order to protect the public.  Having a license to practice geology is a requirement in the majority of United States, Canada and several other countries.  In contrast to other professions, a disconnect has developed between applied geologists and academia.  Professional licensing requirements are a fact of life for applied geologists.  Unfortunately, many faculty members have limited understanding of the licensing requirements that their students must deal with once they graduate.

Laurie Racca, PG, is a licensed Professional Geologist with 25+ years of experience specializing in complex environmental site investigations and leading multidisciplinary teams. Her experience includes working in private environmental and geotechnical consulting, providing regulatory agency oversight large military and civilian environmental cleanups for the California Department of Toxic Substances Control, and investigating fraud, waste and abuse as part of the Office of Enforcement at the California State Water Resources Control Board. She was appointed as the Senior Registrar for Geologists and Geophysicists by the California Board for Professional Engineers, Land Surveyors, and Geologists (BPELSG) in June 2015. She also volunteers as the Examination Committee Chair for the National Association of State Boards of Geology (ASBOG®).

Randy Kath has a Doctor of Philosophy in Geology from the Institute for the Study of Mineral Deposits at the South Dakota School of Mines and Technology, and over 30 years’ experience in academic, consulting and industry practice.  In addition to teaching engineering geology, structural geology, economic geology, field geology and geologic mapping, Dr. Kath is currently performing geologic mapping and structural interpretation at the 7.5-minute quadrangle scale in the Piedmont/Blue Ridge & Valley and Ridge provinces of northwest Georgia in support of the USGS State Map program.  These geologic quadrangles are currently being used to identify mineral, aggregate, and groundwater resources by a variety of end users.

Dr. Kath also has extensive experience as an independent consultant performing structural and lithologic mapping, remote sensing analysis and developing three-dimensional geologic models for major infrastructure projects throughout the southeastern United States, specializing in complexly folded and faulted terrains.  Prior to joining the University of West Georgia in 1995, Dr. Kath worked as a senior geologist for Golder Associates, Inc. in Atlanta, Georgia, and before that, served as an exploration geologist for Goldstake Explorations Inc. in Spearfish, South Dakota, and a consulting geologist for Homestake Mining Co. in Lead, South Dakota, Beau Val Mines in Nevada, and Avatar Resources in Vancouver, British Columbia.  Dr. Kath performed district-scale and detailed geologic mapping and structural interpretation for gold exploration programs in the northern and central Black Hills, South Dakota.

Dr. Kath has served as a subject matter expert on the council of examiners for the National Association of State Boards of Geology (ASBOG®) since 2006, and ASBOG®’s president in 2015.  Since 2008, ASBOG has been collecting demographic data on the test form that allows for detailed statistical analysis of the content domain data from the Fundamentals of Geology (FG) examination by university and graduation year.  In 2012, Dr, Kath developed an assessment graphing application (CPAT) to streamline the statistical analysis and graphing of the FG examination data for assessing university curriculum performance relative to a national dataset.  The graphing application is programmed around the Microsoft Access database engine and has a GUI interface.  Data from the application is currently available for 217 universities.

Jack Warner received his Ph.D. in Experimental Psychology in 1980 from the University of Nebraska-Lincoln.  During his early professional career, Jack served as Director of Examination Services in the Colorado Department of Regulatory Agencies, Division of Registrations.  He provided 25 licensing boards with expertise related to developing and validating their licensing examinations.

Jack is President of TEST, Inc. which he established after working in state government for several years.  TEST, Inc. has provided ASBOG® with psychometric services since 1992.  The services include developing test blueprints based on task analysis survey results, developing and updating the FG and PG Examinations, conducting test development workshops, analyzing the statistical properties of examinations items, grading examinations, establishing cut-off scores, and preparing summary reports that document the performance of the examinations. 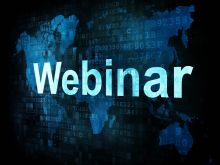