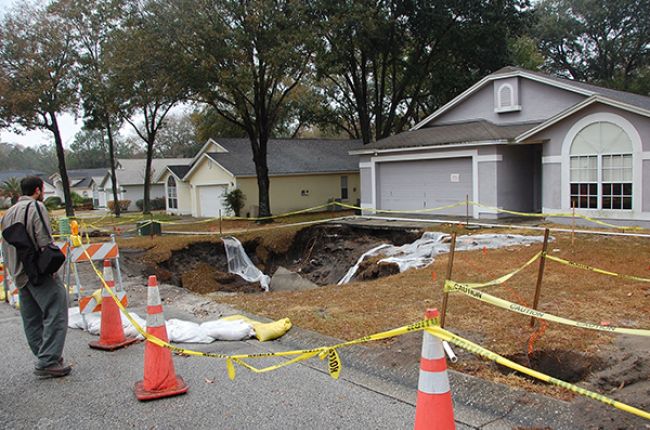 "When an underground cavity enlarges to the point that its ceiling can no longer support the weight of overlying sediments, the earth suddenly collapses into the cavity. A circular hole typically forms and grows over a period of minutes to hours. Slumping of the sediments along the sides of the sinkhole may take approximately a day’s time to stop. Erosion of the edge of the sinkhole may continue for several days, and heavy rainfall can prolong the stabilization. In the less catastrophic cover subsidence type of sinkhole, sediments slowly settle into underground voids in the bedrock. A bowl-shaped depression forms at the surface, typically over longer periods of time (sometimes as long as years)."

Which areas are most at risk for sinkholes?
U.S. Geological Survey