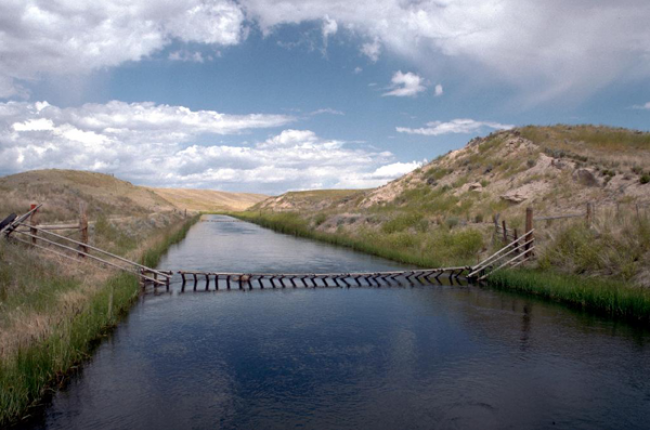 Many human activities can alter or impair the quality of the water. Commonly, these activities increase the concentrations of dissolved or suspended contaminants, change the acidity of receiving waters, and/or increase the water temperature. The United States has made progress over the last 30 years in reducing the human impacts to our water resources, yet a widespread and serious problem still exists from non-point sources.

The degree to which human activities have altered the water quality of a particular stream or aquifer can commonly be determined by sampling and comparing the water chemistry and biota of the impacted system with the chemistry and biota from a nearby area that is not impacted by humans. The chemistry of the non-impacted water is called the background chemistry. While this approach is simple in concept, it is challenging to accomplish.

The quantity of contaminants reaching water sources is dependent upon many factors including land management practices, watershed characteristics, chemical properties of the contaminant, and the amount of the contaminant that is released to the environment. Events such as wildfires and floods may also impact the amount of contaminants that reach water sources. Sediment concentrations tend to be the highest in the western part of the Nation in areas where watersheds are largely range and agricultural lands, which have less groundcover to hold soils in place compared to humid regions. Concentrations of fecal-coliform bacteria are highest in the agricultural areas of the Midwest and south-central portions of the country. More than half of the streams sampled by the U.S. Geological Survey’s National Water Quality Assessment Program (NAWQA) contained nitrogen and phosphorus concentrations above background levels. Most of the streams with high concentrations of nutrients drain areas of agricultural or urban land.

Streams and shallow unconfined aquifers are more vulnerable to contamination than water in deep aquifers. Confined aquifers generally are buried deeper beneath the land surface and are protected by layers of relatively impermeable materials that impede the movement of contaminated water from the land surface. Of the aquifers sampled by the NAWQA program, increased levels of nutrients were found in 53 per cent of the shallow aquifers and only 9 percent of the major deeper aquifers. Groundwater contamination is extremely difficult to reverse in part due to the slow rate at which water moves through aquifers.

Some pesticides have the potential to harm humans, wildlife, and native plants if they are exposed to high enough levels for a long enough period of time. Depending on the chemical and concentrations, possible health effects include cancer, reproductive or nervous-system disorders, and acute toxicity. Pesticides found in major rivers and aquifers reflect the pesticides applied on both urban and agricultural areas. At least one pesticide was found in almost every surface water and fish sample collected by the NAWQA program. Pesticides found in water were primarily those that are currently used, whereas those found in fish and stream sediments are frequently ones that were banned years ago but breakdown very slowly in the environment. About 50 percent of the wells sampled contained one or more pesticide, and more frequent detections were found in shallow aquifers below agricultural and urban areas.

How do changes in land use impact water resources?
American Geosciences Institute

What affects the quality of surface and groundwater?
American Geosciences Institute

How do groundwater and surface water interact?
American Geosciences Institute