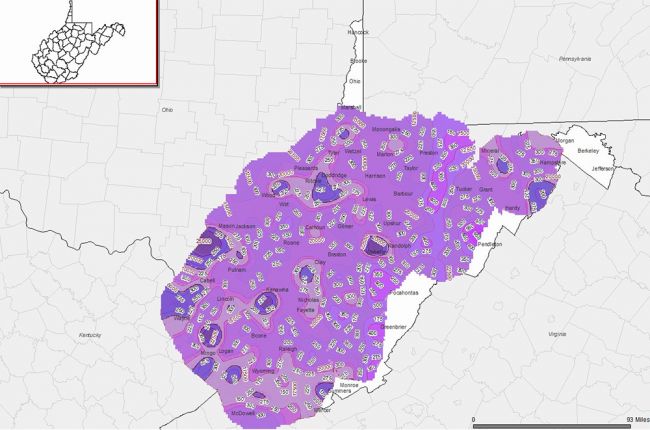 The West Virginia Geological and Economic Survey provides an interactive map of geothermal resources in the state. The map shows temperatures at specific depths underground, as well as the depth required to reach specific temperatures. In addition, a large amount of related information is also provided, including:

Links direct users to much more information about geothermal energy, both in West Virginia and in general.

Note: white areas on the image shown above indicate a lack of data in those areas.