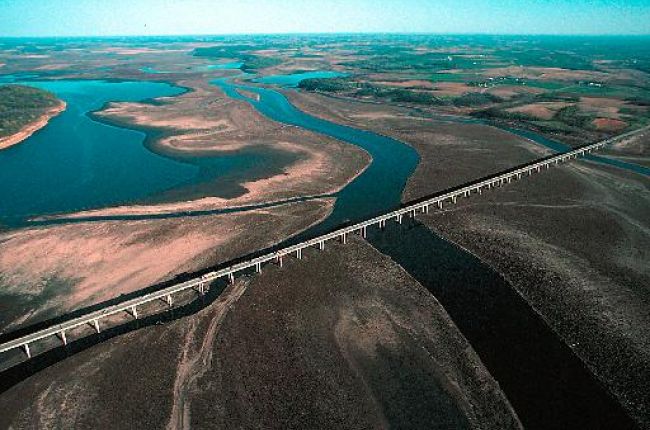 Sediment ranges in size from large boulders to very fine mud. Sediments coarser than two millimeters are called gravel. Sand is defined as sediment with sizes between one-sixteenth of a millimeter and two millimeters. All sediment finer than sand is called mud. The coarser part of the mud is called silt, and the finer part is called clay.

Sediments are formed when rocks on the land surface are broken down by rain, wind, and sun. Sediments consist of particles of minerals, and also loose pieces of rock. Streams and rivers move the sediments downstream toward the ocean. Some of the sediment is stored in large river valleys, but most of it reaches the ocean. Some is deposited in shallow water near the shore, and some is carried far out into the deep ocean. Most of the sediment deposited near the shore is coarse, and it gets finer farther away from the shore. Most of the sediment in the deep ocean is very fine mud.

Sediments are also formed when calcium carbonate minerals are separated from warm, shallow waters in the ocean. Much of this is used by marine animals to make their skeletons. After the animals die, their skeletons become sediment. Where currents are weak, this sediment stays where the animals lived. Where currents are strong, the shells are moved along the bottom and are worn into rounded particles.