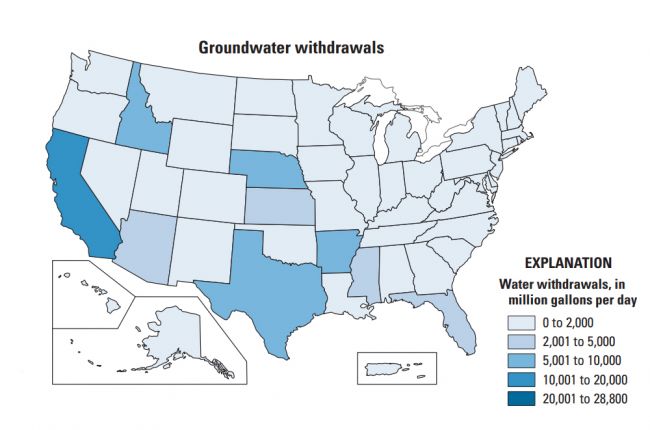 Roughly 60 percent of global groundwater use is for irrigation; most of the rest is used in households and industry.1 Groundwater uses vary significantly by country, and partly depend on climate. In some countries with abundant rainfall, such as Indonesia and Thailand, irrigation needs are very low, so household water supply is the main use for groundwater. Globally, over 2 billion people use groundwater as a source of drinking water.1 In some more arid countries such as Pakistan, Saudi Arabia, and Syria, irrigation accounts for 90 percent of groundwater use.1