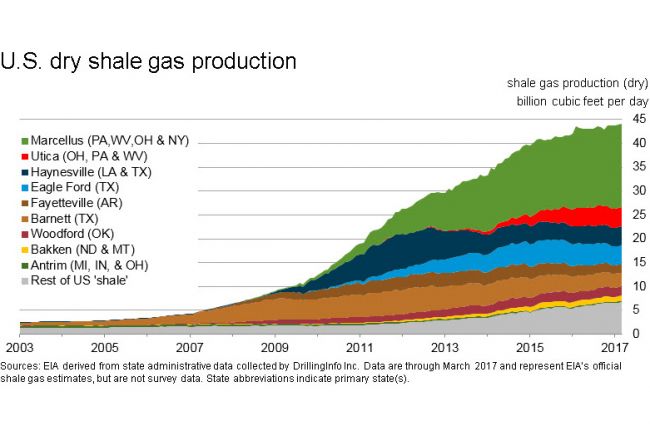 "Shale is a fine-grained sedimentary rock that forms from the compaction of silt and clay-size mineral particles and is easily broken into thin, parallel layers. Black shale contains organic material that can generate oil and natural gas and trap the generated oil and natural gas within its pores.