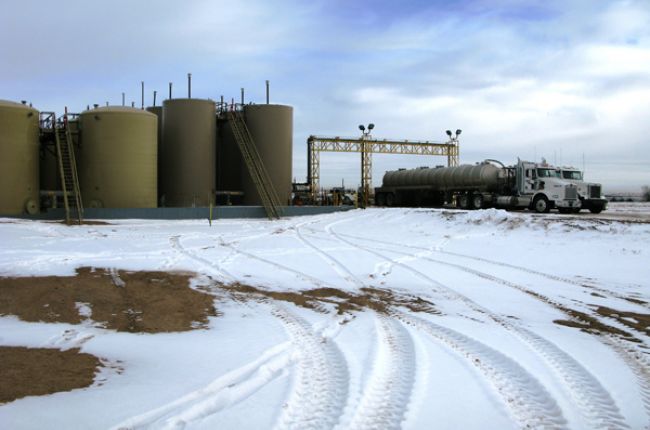 Class I – Industrial and municipal waste disposal[2]. These wells are used to dispose of hazardous and non-hazardous waste in very deep rock formations, typically thousands of feet below the surface. The waste comes from a variety of industries, including petroleum refining, commercial waste disposal, municipal wastewater treatment, and the production of food, chemicals, metals, and pharmaceuticals. There are approximately 800 Class I wells in the United States, mostly in the Gulf Coast and Great Lakes areas.

Class III – Injection wells for solution mining[4]. These wells are used to inject fluids that dissolve minerals, allowing the dissolved material to then be pumped to the surface and extracted. This is a particularly common technique in salt and uranium mining, accounting for 50 percent of all salt extraction and 80 percent of uranium extraction in the Unites States. There are approximately 18,500 Class III wells at about 165 sites across the United States. The majority of these are used for uranium mining, around 5 percent are used for salt mining, and a small number are used for copper mining.

Class IV – Shallow hazardous and radioactive injection wells[5]. These wells were used to dispose of radioactive or hazardous waste into or above freshwater aquifers. Because of the possible risk to drinking water supplies, these wells were banned by the EPA in 1984. They are now only used as part of groundwater cleanup efforts. There are fewer than 32 cleanup sites with Class IV wells currently operating in the United States.

Class V – Wells used to inject fluids into or above underground sources of drinking water[6,7]. These are similar to Class IV wells but are not used for the disposal of hazardous wastes. Class V is the broadest and largest class of underground injection wells, with dozens of different well types and over 650,000 active wells across the United States. Almost 90% of Class V wells are either stormwater drainage wells or wells leading to septic systems[8]. Some additional uses of Class V wells include:

Class VI – Wells used for geologic sequestration of carbon dioxide[9]. These wells are used to inject carbon dioxide into deep rock formations for long-term storage. This well classification was created in 2011.

How does recycling save energy?
American Geosciences Institute