Any activity that significantly changes the pressure on or fluid content of rocks has the potential to trigger earthquakes. This includes geothermal energy production, water storage in large reservoirs, groundwater extraction, underground injection of water for enhanced oil recovery, and large-scale underground disposal of waste liquids.1 The fact that underground fluid injection can trigger damaging earthquakes has been understood since the 1960s, but historically such earthquakes have been very rare.2 The sharp rise in noticeable earthquakes in the central United States from 2008 to 2015 was caused by massive increases in the underground disposal of produced water from the oil and gas industry.3 Since mid-2015, declining rates of produced water disposal have led to fewer earthquakes in the central United States.

Hydraulic fracturing has caused some small earthquakes, but these are comparatively unusual: in a 2016 study of Canadian wells, 0.3% of hydraulically fractured wells were linked to earthquakes of at least magnitude 3.4 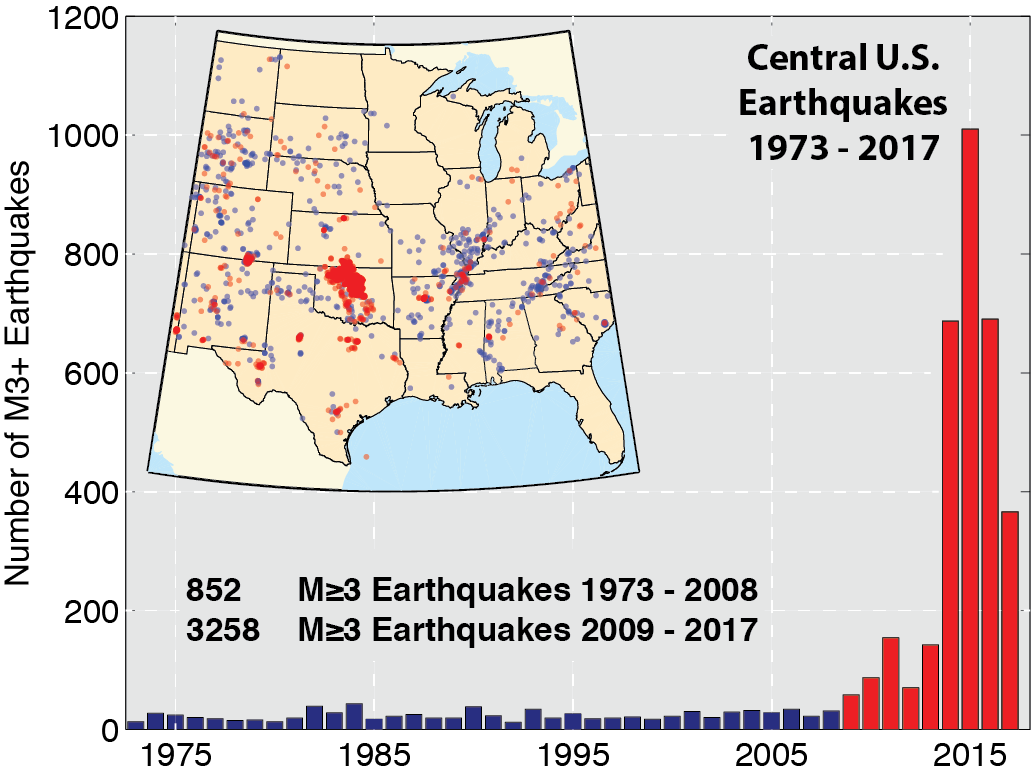 In the central United States, particularly in central Oklahoma and south-central Kansas, the oil and gas boom in the early 2000s vastly increased the amount of produced water in need of disposal. Across the region, as more water was injected in deep disposal wells, earthquake activity increased:

Other areas that have seen noticeable earthquakes induced by wastewater disposal (in much lower numbers than Oklahoma) include Colorado, New Mexico, Arkansas, Ohio, and Wyoming. 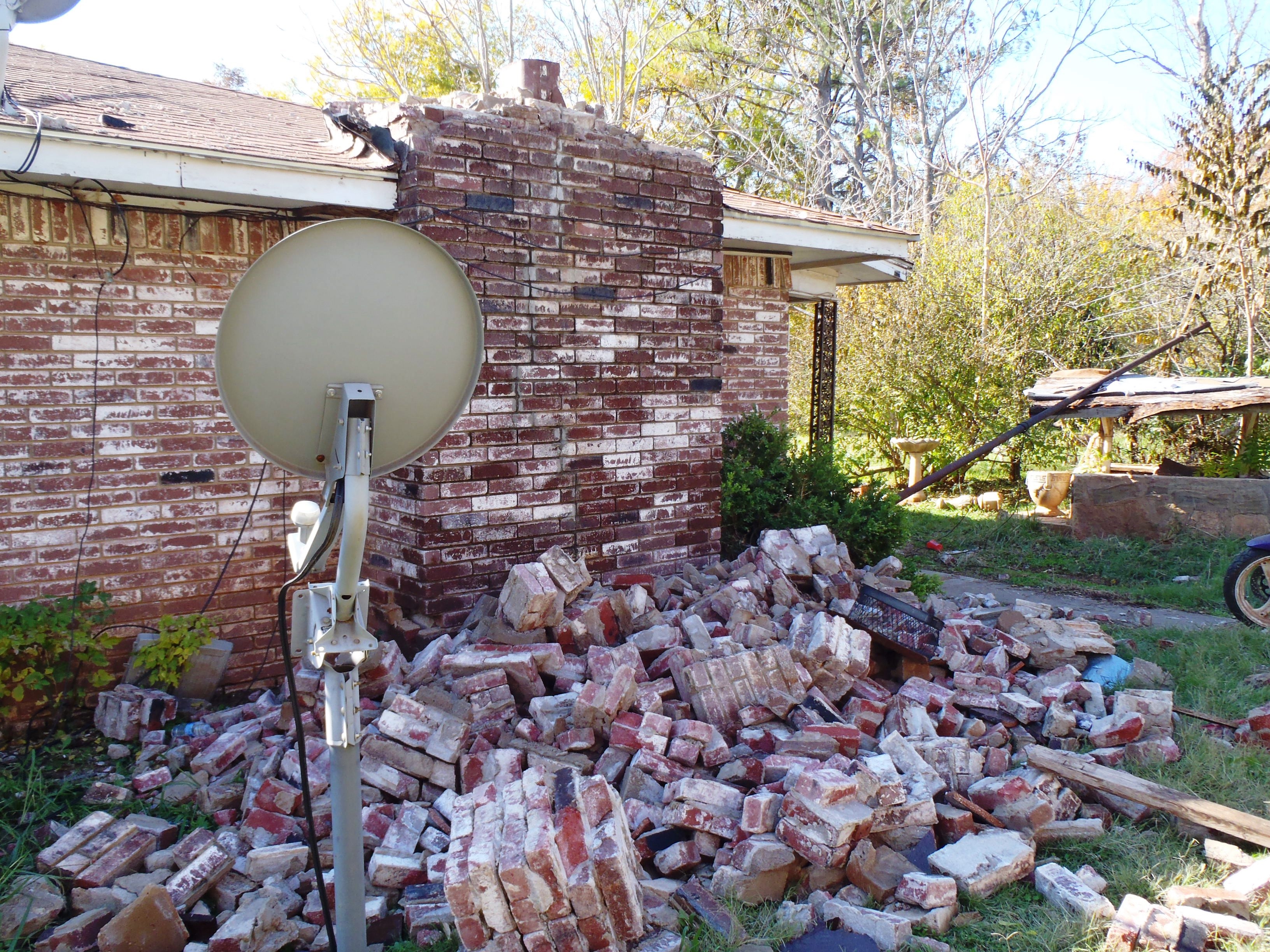 Damage caused by the magnitude 5.7 earthquake near Prague Oklahoma, November 6, 2011. Unreinforced stone and brick buildings (especially chimneys) are some of the most vulnerable structures in any earthquake. Image credit: Brian Sherrod, U.S. Geological Survey.10

Hydraulic fracturing does not generally cause earthquakes large enough to be felt (M>3), but there have been some exceptions:

State regulators focus on identifying the precise location and magnitude of an earthquake and then determining its cause. If earthquakes are linked to wastewater injection, regulators can instruct operators to cease or limit injection rates and water volumes in nearby wells.16,17 Many regulators also require that new injection wells avoid areas near known active faults. In Oklahoma, these techniques have effectively reduced the number of felt earthquakes.3 Similar procedures have been applied to hydraulic fracturing operations in some states (e.g., Ohio): if earthquakes are detected, operations must be modified or suspended.3

Most oil- and gas-bearing rocks also contain water. When this is extracted along with oil and gas, it is called “produced water”. For more on produced water reuse and disposal, see “Using Produced Water” in this series.

Earthquake magnitude (M) describes the amount of energy released by an earthquake. For every two units of magnitude, the energy release is roughly 1000 times larger. M3 and larger can often be felt, and M5 can cause moderate damage. The largest earthquakes are all naturally occurring and can reach M9 or greater. Underground wastewater disposal has been linked to earthquakes as large as M5.8 in Oklahoma.18