Probing beneath the Earth’s surface for exploration and hazard mitigation

Drilling for oil and gas is expensive. A single well generally costs $5-8 million onshore and $100-200 million or more in deep water.1 To maximize the chances of drilling a productive well, oil and gas companies collect and study large amounts of information about the Earth’s subsurface both before and during drilling. Data are collected at a variety of scales, from regional (tens to hundreds of miles) to microscopic (such as tiny grains and cracks in the rocks being drilled). This information, much of which will have been acquired in earlier exploration efforts and preserved in public or private repositories, helps companies to find and produce more oil and gas and avoid drilling unproductive wells, but can also help to identify potential hazards such as earthquake-prone zones or areas of potential land subsidence and sinkhole formation.

In the 21st century, much is already known about the distribution of rocks on Earth. When looking for new resources, oil and gas producers will use existing maps and subsurface data to identify an area for more detailed exploration. A number of geophysical techniques are then used to obtain more information about what lies beneath the surface. These methods include measurements of variations in the Earth’s gravity and magnetic field, but the most common technique is seismic imaging.

Seismic images are like an ultrasound for the Earth, and provide detailed regional information about the structure of the subsurface, including buried faults, folds, salt domes, and the size, shape, and orientation of rock layers. They are collected by using truck-mounted vibrators or dynamite (onshore), or air guns towed by ships (offshore), to generate sound waves; these waves travel into the Earth and are reflected by underground rock layers; instruments at the surface record these reflected waves; and the recorded waves are mathematically processed to produce 2-D or 3-D images of subsurface features. These images, which cover many square miles and have a resolution of tens to hundreds of feet, help to pinpoint the areas most likely to contain oil and/or gas. 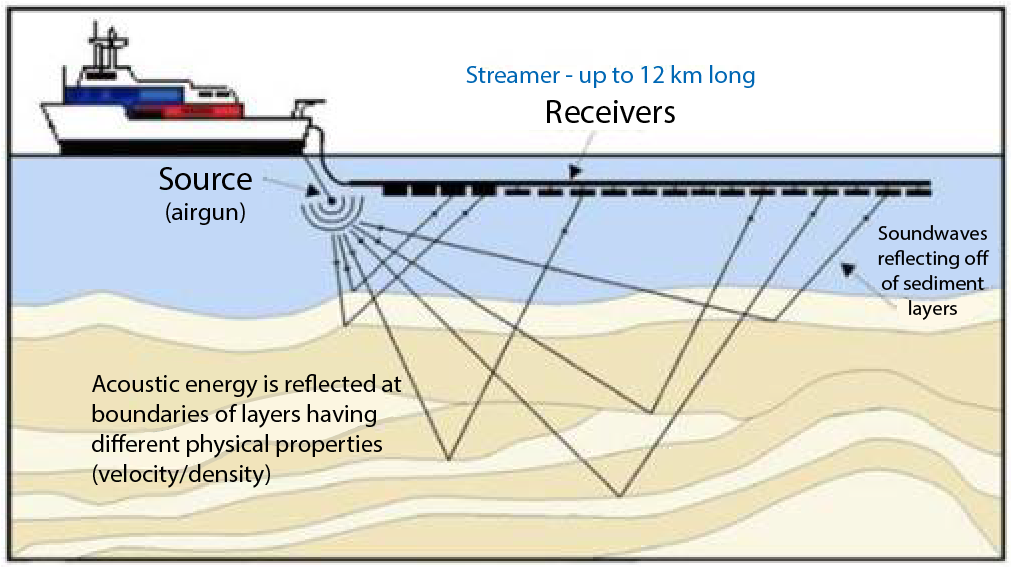 Drilling a small number of exploratory holes or using data from previously drilled wells (common in areas of existing oil and gas production) allows geologists to develop a much more complete map of the subsurface using well logs and cores:

By comparing the depth, thickness, and composition of subsurface rock formations in nearby wells, geoscientists can predict the location and productive potential of oil and gas deposits before drilling a new well. As a new well is being drilled, well logs and cores also help geoscientists and petroleum engineers to predict whether the rocks can produce enough oil or natural gas to justify the cost of preparing the well for production.7 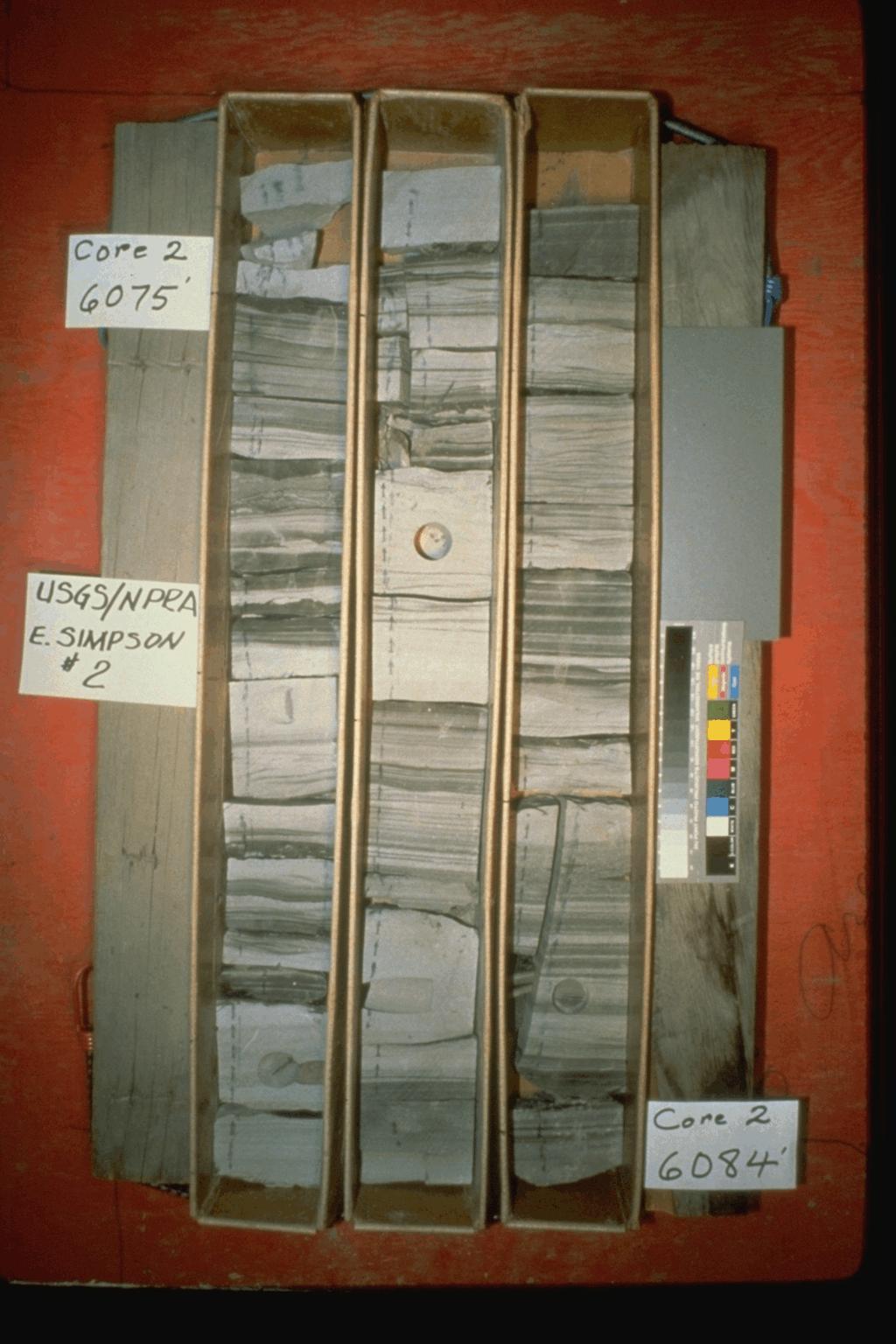 Preservation of subsurface data is an ongoing challenge, both because there is so much of it and because a lot of older data predate computer storage. A modern seismic survey produces a few to thousands of terabytes of data;8 state and federal repositories collectively hold hundreds of miles of core;9 and millions of digital and paper records are housed at state geological surveys. For example, the Kansas Geological Society library maintains over 2.5 million digitized well logs and associated records for the state.10 Oil companies also retain huge stores of their own data. Preserving these data, which cost many millions of dollars to collect, allows them to be used in the future for a variety of purposes, some of which may not have been anticipated when the data were originally collected. For example, the shale formations that are now yielding large volumes of oil and natural gas in the United States were known but not considered for development for decades while conventional oil and gas resources were being extracted in many of the same areas. Archived well logs from these areas have helped many oil and gas producers to focus in on these shale resources now that the combination of hydraulic fracturing and horizontal drilling allow for their development.

Oil and gas exploration is a major source of information about the subsurface that can be used to help identify geologic hazards: